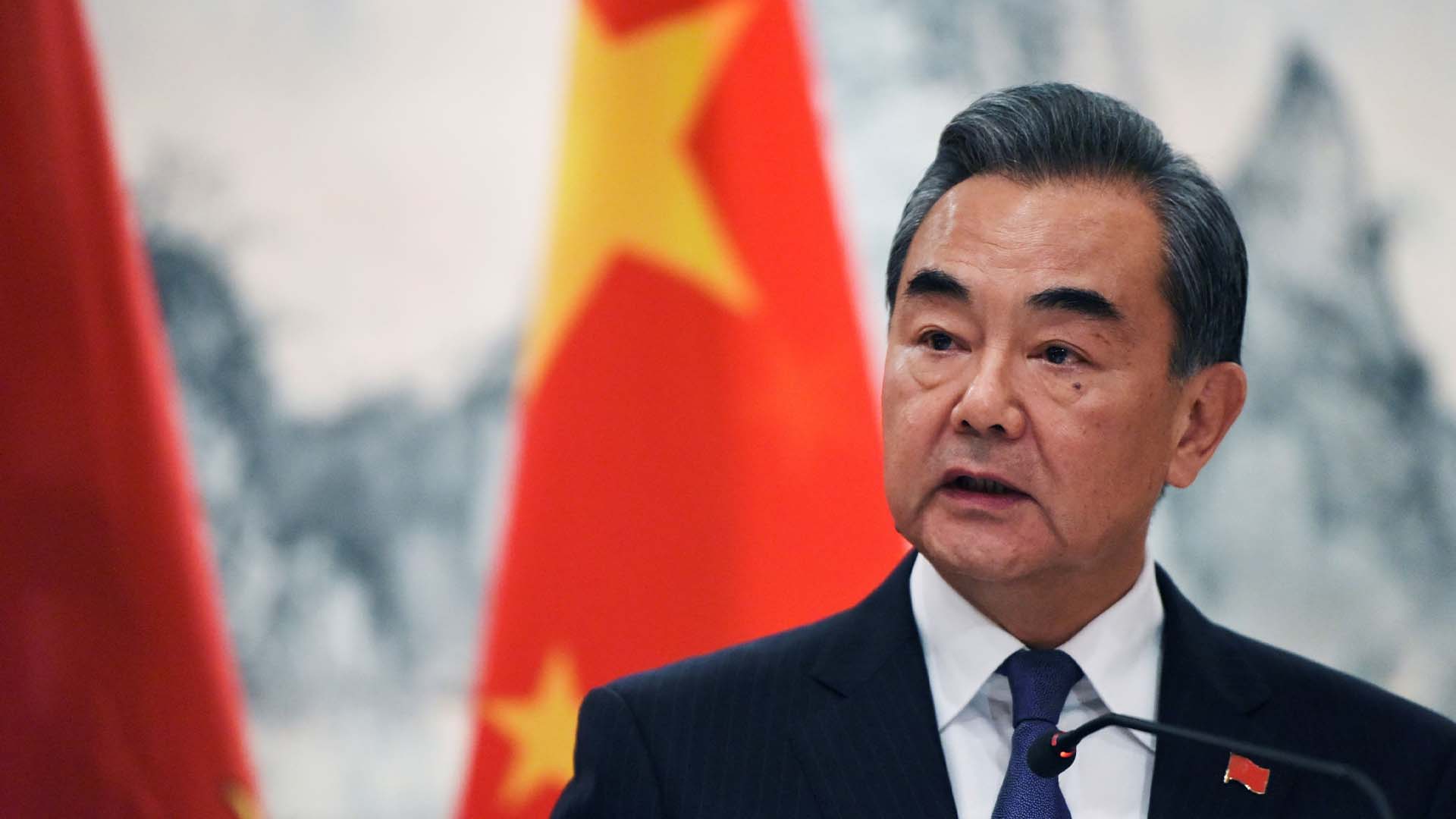 The timing couldn’t be more telling.

On Thursday Wang landed in the Solomon Islands to sign their new security agreement and “blue economy” memorandum of understanding.

Next, he plans on flying to Kiribati to discuss a new security pact with them. Wang will then travel to Samoa, Fiji, Tonga, Vanuatu, Papua New Guinea and East Timor. Before finally going back to Beijing, Wang will meet “virtually” with Micronesia, the Cook Islands and Niue.

The purpose of all this?

Minister Wang is seeking a deal with the ten Pacific Island nations, offering them policing, cyber support and a new free trade deal that will dramatically boost China’s influence in the region.

Of more concern, however, are the grave consequences for Australia.

Looking at the map below, its clear China plans on isolating Australia strategically from the United States with a string of bases that would hinder the US Navy from protecting our shores in the event of a Pacific War…all so they can overwhelm our small military and make Australia their very own exclusive mine, quarry and farm. 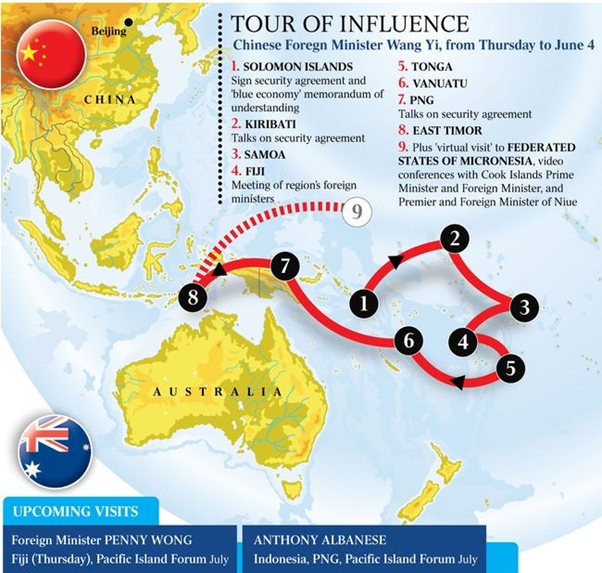 Meanwhile Penny Wong is away with the pixies in la-la land.

Instead of offering the Pacific Island nations tangible benefits that will strengthen their economy and national security; Penny is focused on her pathetic green activism.

In a tweet, Penny said she is “travelling to Fiji to strengthen our countries’ partnership. Nothing is more important in that work than action on climate change.”

She doubled down in an official media release, saying we will “listen to our Pacific partners as we work together to face our shared challenges and achieve our shared goals including tackling climate change”.

How can climate change be the biggest issue facing the Pacific Islands when their leaders are taking cash from the world’s largest polluter that has 127 coal-fired power plants under construction and is increasing its annual coal mining output by 300 million tonnes?

How can climate change be the biggest issue facing the Pacific Islands when a recent analysis of more than 600 coral reef islands in the Pacific and Indian Oceans showed that some remained stable (40 per cent) or increased in area (40 per cent). Some islands grew as much as 5.6 hectares in a decade?

When Penny Wong is spouting this nonsense, no wonder China feels emboldened to embark on a massive tour of Pacific influence on her newly-minted watch.

Do they really think Albo is going to stand up to them?

Of course not. They’re already doing whatever they want, convinced Labor just won’t have the bottle to do anything about it.

At ADVANCE, we hope they’re wrong.

We need our government to stand up to Beijing and its influence operations on our doorstep.