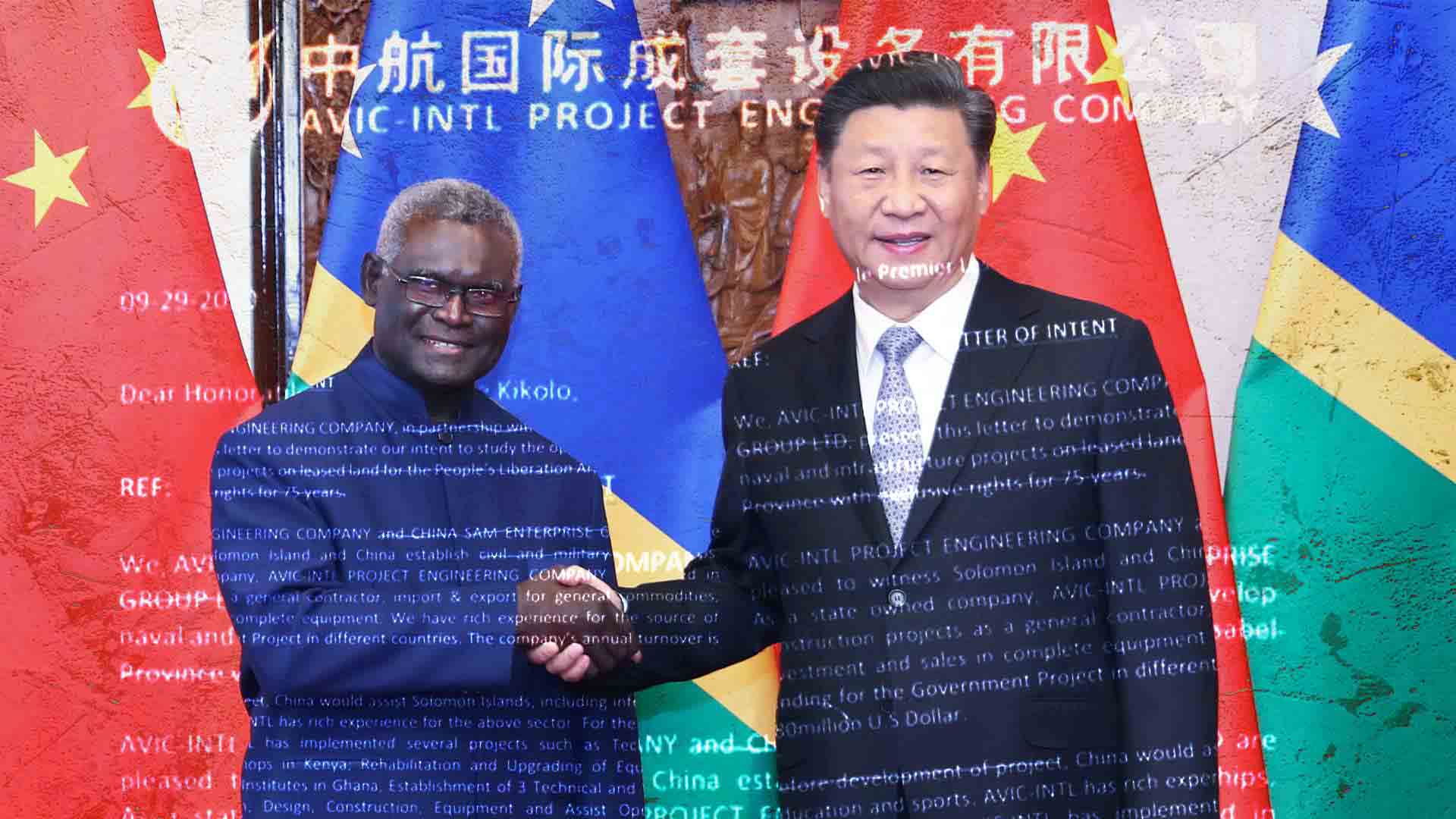 Every single day, the Chinese Communist Party and its People’s Liberation Army inch closer and closer to our shores.

As reported yesterday, an official document has been leaked that shows Beijing intends to establish a military presence in the Solomon Islands, despite denials from the Chinese Foreign Ministry, which on April 1 called such concerns “groundless and ill-intentioned.”

The leaked letter of intent from Avic International Project Engineering Co., a Beijing-based state-owned aviation company, was addressed to Premier Leslie Kikolo of Isabel Province in the Solomon Islands on Sept. 29, 2020.

The letter, which was seen by news.com.au, was signed by company President Rong Qian and opens with the following paragraph:

“We, AVIC-INTL Project Engineering Company … present this letter to demonstrate our intent to study the opportunity to develop naval and infrastructure projects on leased land for the People’s Liberation Army Navy in Isabel Province with exclusive rights for 75 years.”

Rong also promised extensive vocational training opportunities to be established in the province that could help the Solomon Islands improve its “education level and military cooperation with China.”

This should run a chill down the spines of every single Australian.

The Solomon Islands are only 2000 kilometres away from the coast of Queensland. That’s about the same distance from Brisbane to Canberra.

Just to the west of the Solomons is one of the largest and most important shipping routes for the east coast of Australia. It connects the east coast to our allies in Japan, Korea, Taiwan and the Philippines.

In fact, the situation is so bad David Llewellyn-Smith, founding publisher of MacroBusiness and former owner of leading Asia Pacific foreign affairs journal The Diplomat, says this is “Australia’s Cuban missile crisis” and chillingly warns a Chinese naval base in the Solomons would be “the effective end of our sovereignty and democracy”.

“China will have parked an enormous stationary aircraft carrier within direct striking distance of every eastern Australian city,” Llewellyn-Smith wrote in a piece on Friday.

“There is no way that Australia can allow this deal to proceed. If it must, the nation should invade and capture Guadalcanal such that we engineer regime change in Honiara. There are other soft power levers to pull first and we should pull them forcefully. But we should also immediately begin amassing an amphibious invasion force to add pressure.”

It is TOTALLY unacceptable that China is building military bases on our doorstep.

We must take STRONG and DECISIVE action to ensure the construction and operation of the base doesn’t come to fruition.

And we need a strong government – that is NOT compromised by the Chinese Communist Party – to make this happen.

This is why the Australian people CANNOT put each-way Albo and Penny Wong in charge of our national security and defence.

Considering Labor’s deputy leader Richard Marles told the Chinese Communist Party that Australia should pursue “defence cooperation” with Xi’s regime only three years, it would be EXTREMELY unwise for Australians to vote for the Labor party to spite the “modern Liberals” at the upcoming election.

As we’ve been saying for months here at ADVANCE, a vote for Labor, is a vote for the Greens…and the Chinese Communist Party on top.