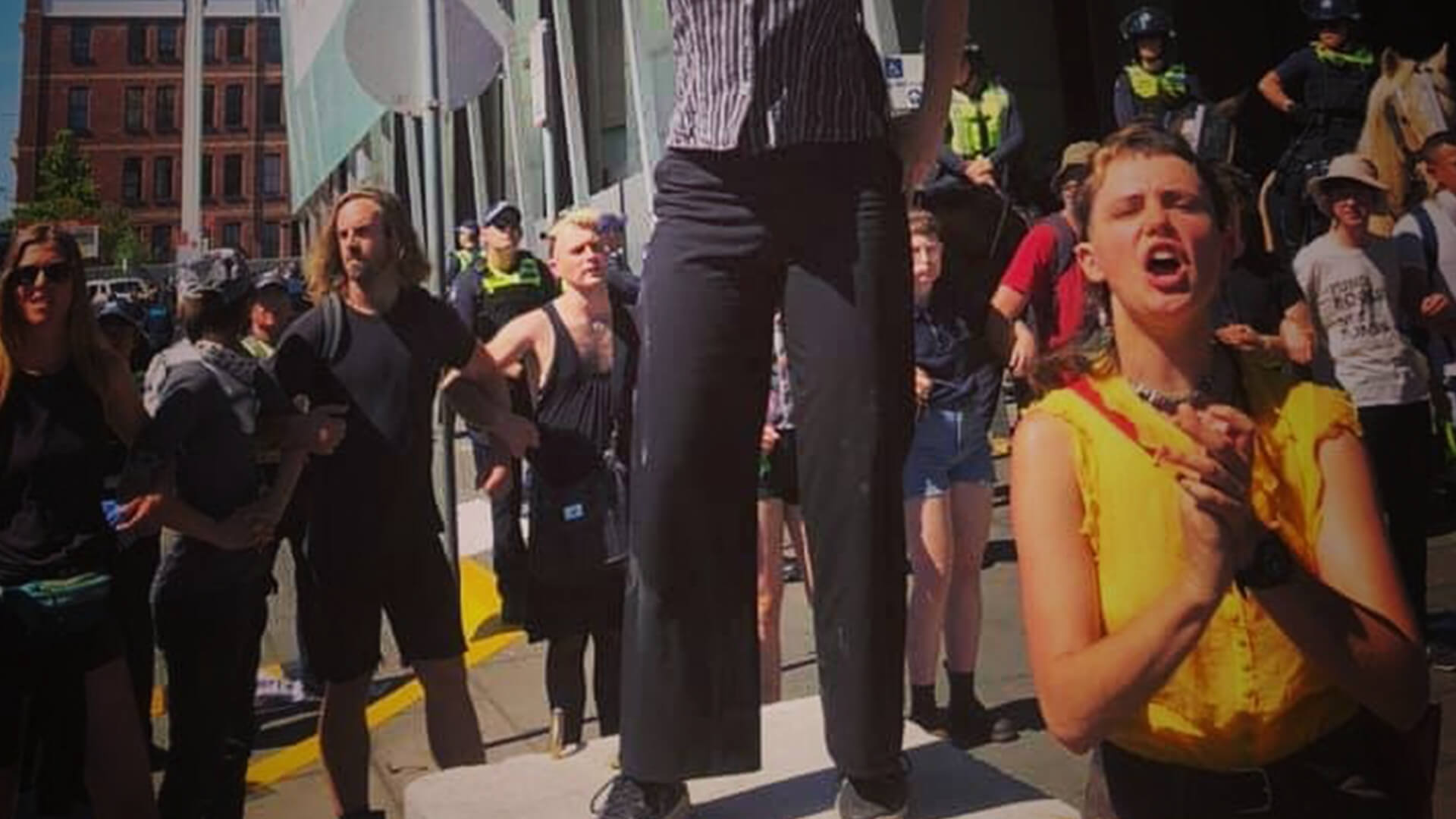 It’s day three of Extinction Rebellion delivering on their plot, cooked up in a taxpayer-funded facility, to exact Melbourne’s International Mining and Resources Conference’s (IMARC) demise.

Once again, they’re squandering millions of our taxpayer dollars by abusing our police force.

Here’s the tally to date:

Bloody legends putting up with that lot.

And that’s to say nothing of the 7,000+ conference delegates from about 100 countries just trying to get to the jolly conference.

Police have had to be on site from sparrow’s fart each morning as XR rioters block entry to the Melbourne Convention and Exhibition Centre.

Conference attendees have been spat on and verbally abused with cries of “corporate scum”, “murderer”, “corporate criminals” and...  Worse.

“I’m just in attendance at the conference because my company is involved in major projects that can help the country move forward,” said Craig Ian McGown, chairman at Pioneer Resources.

McGown was drenched by a bottle of water before being pushed and forced to walk 40 metres with a woman next to him shouting “shame”.

“I’m just very confused by people having too much time off.”

In the words of Deputy Prime Minister Michael McCormack, “Mining and resources provides a lot of money, particularly for the welfare payments that a lot of those people are no doubt on.”

“The main message, our goal, is to shut down this conference,” said anarchist Emma Black. “We don’t want executives and policy makers to be meeting in our city.

You think you get to dictate who meets in Melbourne now, Emma?!

“I think it’s [rioting] incredibly important – they’re taking Aboriginal land and are the main cause of climate change…  And they have blood on their hands,” chimed in anarchist Sheena.

Thanks to XR, today is another long day for our boys in – their first arrest was at 7.35am.

And at midday today, the anarchists started to climb up the sides of the conference centre.

Victorian Opposition Leader Michael O’Brien spoke for mainstream Australia when he laid the smack down in no uncertain terms:

“I back the police… trying to make sure that these ferals can’t stop people going about their lawful business in this state…   all we see is a bunch of radical protesters physically assaulting people who are trying to go to this conference.”

You can take action against XR activists today by signing the petition calling on tougher penalties for these anarchists.