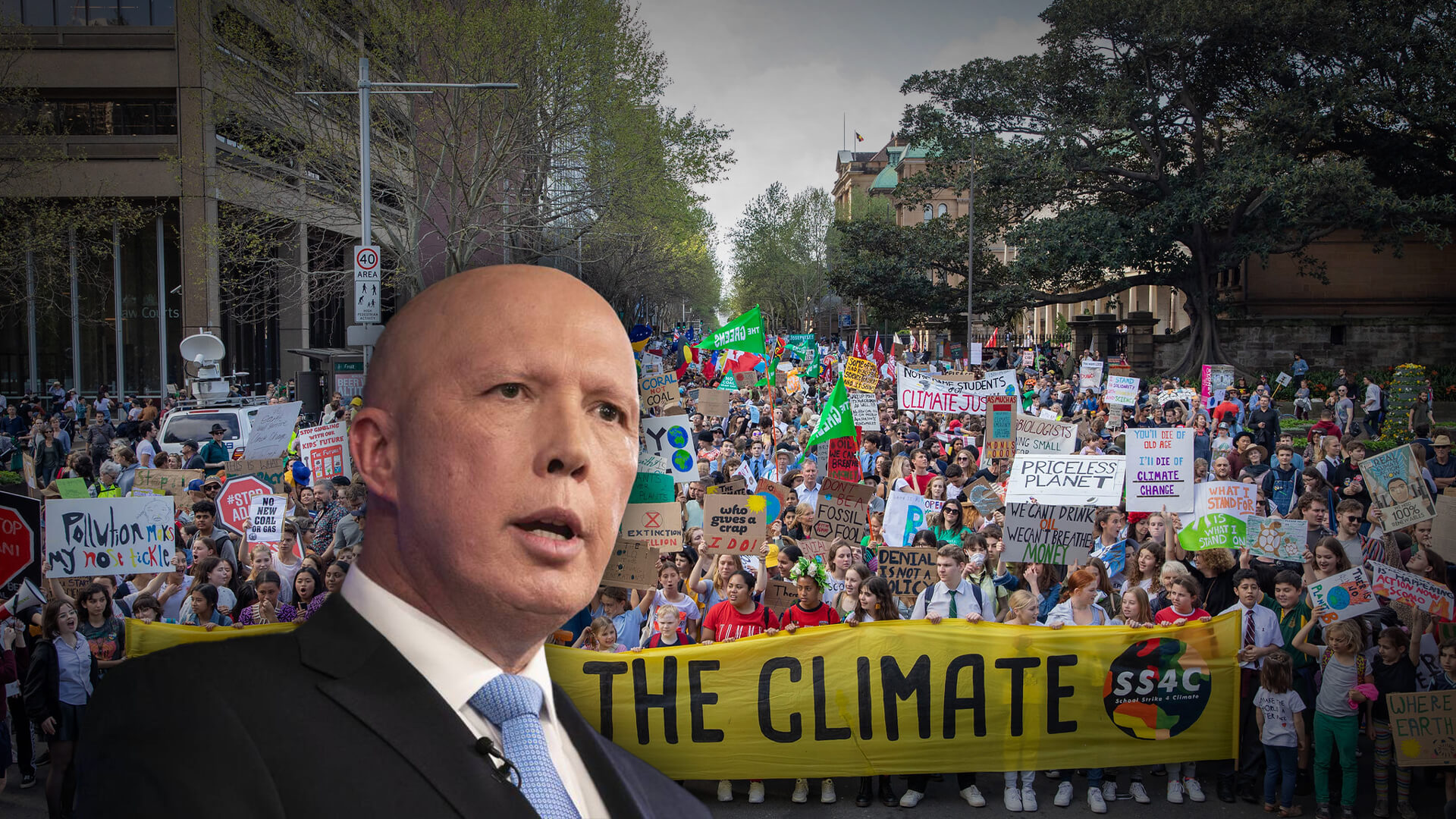 The good news keeps on rolling in!

Yesterday, ADVANCE celebrated the appointment of former SAS Commander Andrew Hastie to Shadow Minister for Defence…and today, we’re acknowledging the great work Opposition Leader Peter Dutton is doing when it comes to protecting our children from cultural Marxism and woke politics in school.

Earlier this week, Dutton called out teachers who are pushing “extremism” on climate change in the classroom.

He said, “the national curriculum, the values argument, is going to be one of the big debates over this parliament. I think you will see a big difference between the policies we take to the next election and what Labor will. Labor is completely and utterly dominated by the union movement as we know, and the teacher’s union is one of the strongest voices within the ALP and not in a good way.

“There are many teachers out there who are incredibly frustrated by what is taking place and I want to shine a light on that and let parents be in charge of what’s being taught in schools and whether they believe it’s acceptable or not and allow teachers stick to the facts and not inject emotion into the debate.

“We don’t want teachers teaching a different view of history and not teaching the actual facts about what happened in a time past.  There are many elements – we can talk all night – in relation to what is happening in our schools. But I will take the challenge to the Labor party at the federal and state level, there’s a lot of work we can do, and it will be one of our primary focuses.”

Don’t let them get away with indoctrinating our kids to benefit their chances at future elections!

Given how abundant the evidence is, there’s NO excuse.

You can watch the video here.

Lewkovitz: “So climate change is a cause you care very deeply about?”

12-year-old kid: “Yes it affects my future and my family’s future”.

Lewkovitz: “What do you think the future holds if we don’t do anything on climate change?”

Lewkovitz: “If you could vote today, who do you reckon you’d vote for and why?”

12-year-old kid: “Anyone who is against climate change…the Greens.”

Lewkovitz: “Did your teachers approve of you being here today?”

Unfortunately, this is nothing new when it comes to young people at Climate Strikes.

In fact, last month ADVANCE was tipped off about a speech directed to former Prime Minister Scott Morrison by a fourteen-year-old Sydney private school girl outside Kirribilli House.

She said she has skipped school to “tell the government they need to do something right f***ing now...I have enough sh*t on my plate...they should be doing their f***ing jobs...I have to deal with study, and I have to deal with homophobic b*tches at my school. F*** them. They should do their f***ing job so I can get back to my f***ing life. F*** you ScoMo, you piece of sh*t.”

The lesson is clear.

The young people of Australia are being preyed upon by their teachers and the bureaucrats who set the curriculum for political purposes.

They are being taught the world will end unless we import more Chinese-made solar panels and wind turbines that are manufactured in factories powered by Beijing’s growing fleet of 1,000 coal-fired power plants.

They are being taught to hate our country and our history.

And they are being taught that it’s okay to disrespect our democratically elected leaders if they don’t like the policies they employ on behalf of voters.

Get to work, Dutton…we need you and your colleagues to protect our kids.