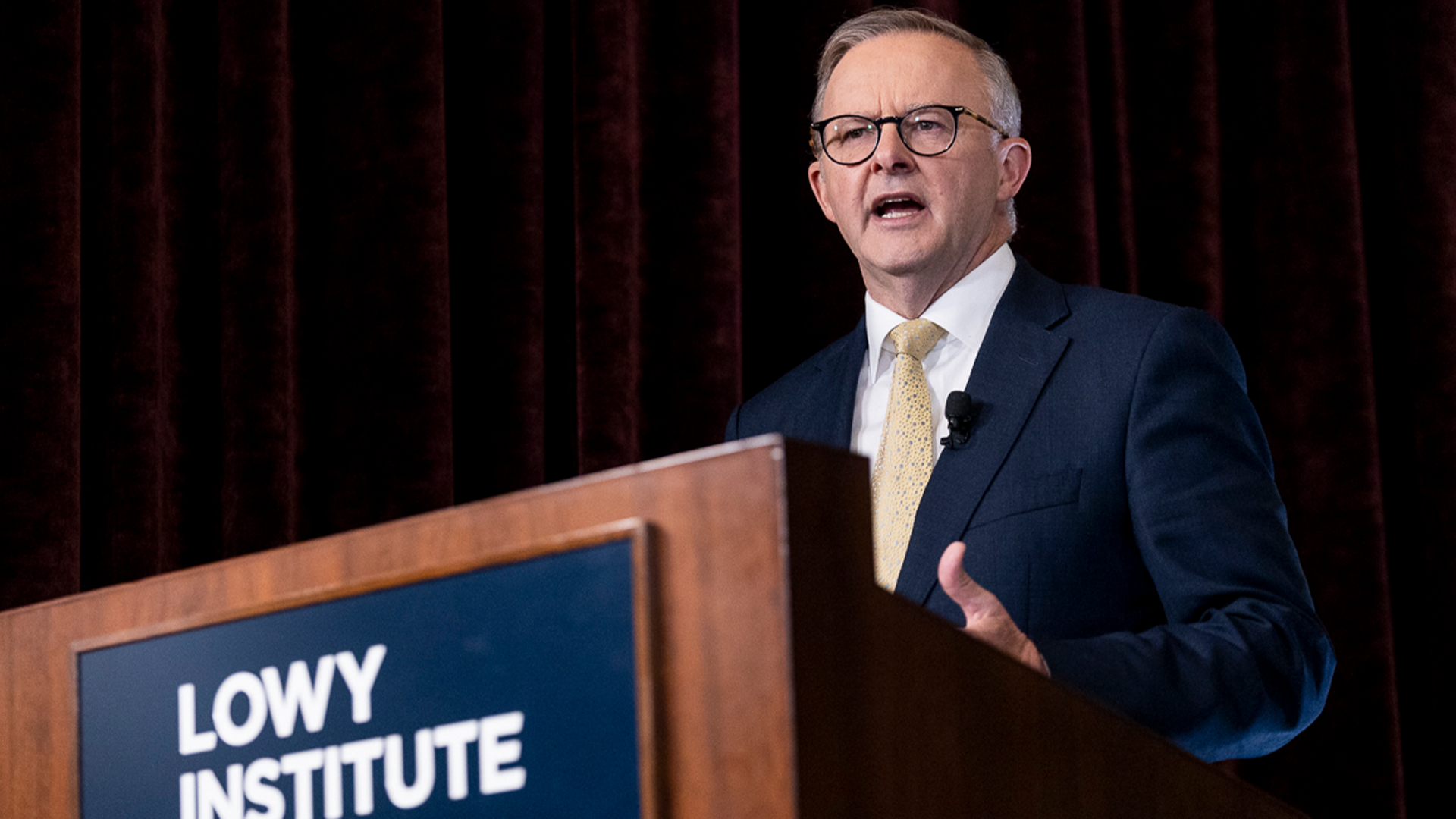 In a major address to the Lowy Institute in which he outlined his party’s defence credentials going into the upcoming election, Albanese said “our allies, including the United States and the United Kingdom, understand that the global climate emergency is a direct threat to global security”.

“Without meaningful action, climate change will create major population displacement, drive a surge in refugees, and create new grounds for conflict over ever scarcer clean water and fertile land,” he said.

“Instead of playing a positive role in the global effort to combat climate change, Australia is seen as one of the recalcitrant nations holding back action.”

Haven’t you opened a newspaper this week?

Following the unprovoked invasion of Ukraine by Russia, essentially ALL our allies have woken up to the fact that radical climate action is a FUNDAMENTAL NATIONAL SECURITY THREAT.

We’ve seen Boris Johnson – the same bloke who criticised Australia last year for not taking climate change seriously enough – backtrack on net zero. Boris called on Western nations to ramp up natural gas production. He suggested the West give a “climate change pass” to natural gas. And he justified his profound change in policy by arguing the West needs to ramp up fossil fuel production to help remove the “massive leverage” Russia has over us.

We’ve seen Germany and Italy start up their coal-fired power plants to keep the lights on and their militaries operational.

We’ve even seen green advocates like Elon Musk admit the United States under Biden must expand oil and gas production. In fact, Musk went so far as to declare he hopes “it is now extremely obvious that Europe should restart dormant nuclear power stations and increase power output of existing ones. This is critical to national and international security.”

Afterall, a potential PM like Albo has FAR more important defence priorities to worry about than taking action on climate change.

Like how Australia doesn’t have any large-scale long-range strike capability.

Or that we won’t have nuclear submarines until the mid-2030s.

We won’t have new frigates until the mid-2030s.

Our F-35 Joint Strike Fighters don’t have the range and payload capacity to strike in a long-range capacity.

Perhaps even worse, is our lack of missiles.

Although it’s great to see the Morrison government drop approximately $5 billion on new Land 8113 missiles for the Army, it’s just not enough.

As ADVANCE has been saying for well over a year now, it’s time to MUSCLE UP when it comes to our defence forces and policies.