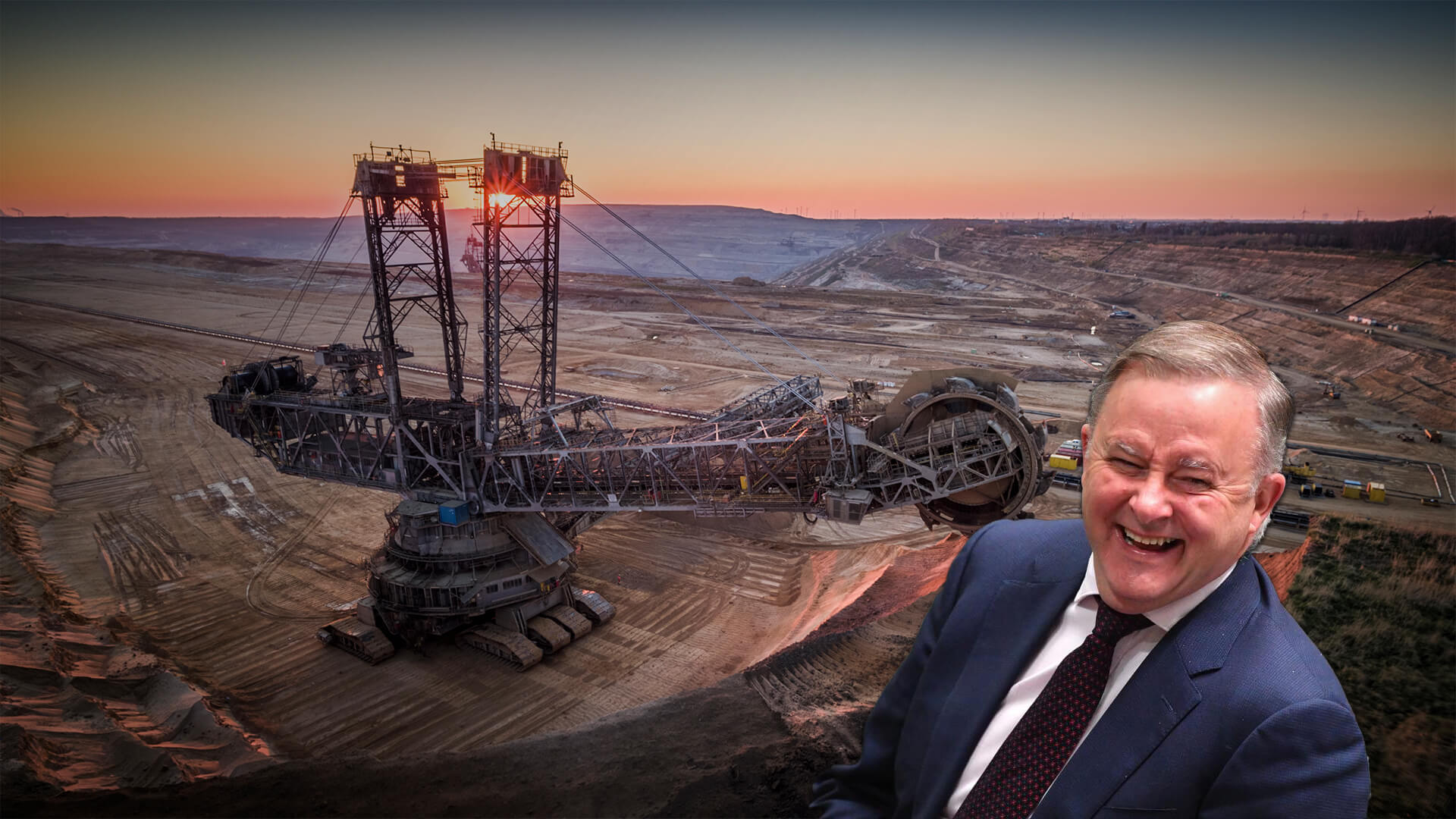 Although anyone with their finger on the pulse can see Labor will get slaughtered in Queensland at the coming election, Anthony Albanese still thinks he has a chance.

As reported by The Australian on Friday, each-way Albo believes Labor’s climate plan had been “really well received” in North and Central Queensland.

Although Albo’s 2030 emissions target of 43 per cent is similar to the 45 per cent target Shorten took to the last poll, he has promised Labor will not close any coal mine or coal-fired power station earlier than the Coalition’s policies.

The Labor leader has boasted how his plan has “support from the Business Council, the Australian Industry Group, the National Farmers Federation and (the) Australian Chamber of Commerce and Industry, as well as the ACTU and unions”.

Today Albo will visit the Great Barrier Reef and talk up Labor’s plan to safeguard the natural wonder which is likely to come under strain from rising water temperatures due to climate change.

The people of Queensland aren’t fools.

They are not impressed that you promise not to shut coal mines and coal-fired power plants any earlier than the Coalition – the same mob that’s shutting them down at a rate never before seen in Australian history thanks to the increasingly powerful “modern Liberal” faction.

They don’t care whether your policies have the support of the woke Business Council, National Farmers Federation or ACTU.

Most of all, they don’t buy your assurances that your emissions target isn’t just a new carbon tax.

As ADVANCE exposed in December, the Labor climate plan revolves around a decision to revamp the “safeguard mechanism” that applies to the 215 entities that emit more than 100,000 tonnes of carbon dioxide a year.

These entities, which include power stations, large foundries and mines, will be required to reduce aggregate emissions by 5 million tonnes a year to collectively achieve net zero emissions by 2050.

The entities Labor are targeting are overwhelmingly concentrated in regional Australia.

For instance, the alumina plant at Gladstone could face a $54 million tax bill per year based on a 43 per cent reduction in emissions (Labor’s target) and the current carbon credit price.

These are the very industries that pay the bills for Australia, Albo!

Even worse, Labor has let the woke bankers get off scot free.

As Senator Matt Canavan wrote for Central Queensland today, “many would not know but the banks are large emitters themselves due to the energy use of their large data centres”.

“Once again Labor has designed a policy that taxes us in the regions so that more can be spent in the big cities.”