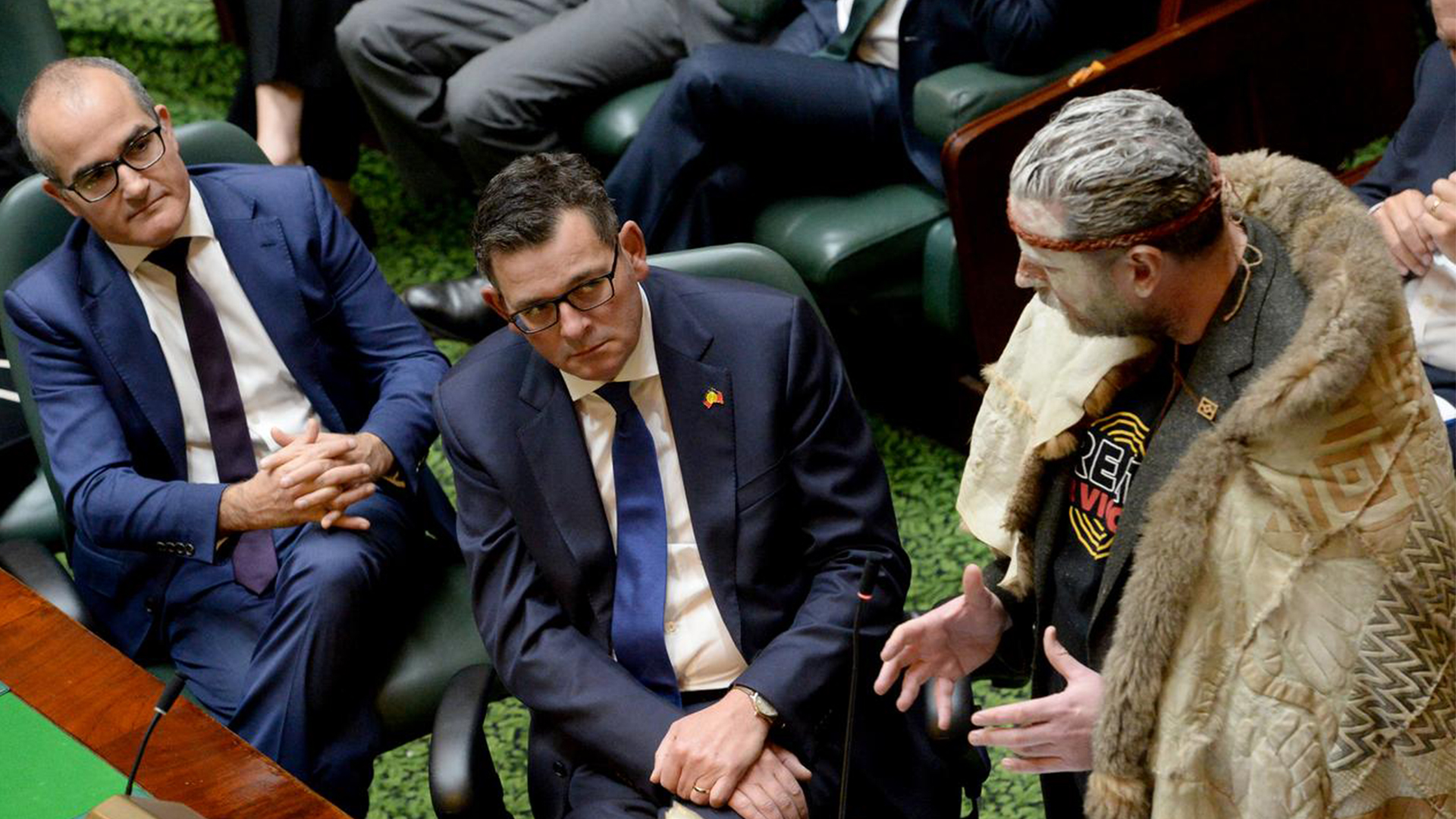 Believe it or not, Victorian Premier Dictator Dan Andrews reckons he wants to sign a ‘treaty’ with Aboriginal people - and they have a law before the Victorian Parliament to establish a new bureaucracy to do just that.

“Together with the First Peoples’ Assembly, we are establishing an independent Treaty Authority with the ability to deliver an innovative approach to treaty negotiations based on Aboriginal lore, law and cultural authority,” Aboriginal Affairs Gabrielle Williams said last year.

But how can a government sign a treaty with its own people?

One of the top priorities for Dan Andrews has been the establishment of a First People’s Assembly to prepare for “treaty negotiations” with Aboriginal “sovereign First Nations”.

But the entire concept is a virtue signal on an industrial scale. No Australian state has the power to sign the kind of treaty recognised by international law – something Andrews should have learned after the Morrison government scrapped his secret Belt and Road pact with Xi Jinping.

As Victorian Liberal MP Tim Smith said in parliament a few weeks ago, “you can’t enter into a treaty with your own fellow citizens”.

James Bowen put it best in the Quadrant Magazine.

The time is long overdue for politicians to be honest and tell Aboriginal Australians that the time for genuine treaties is long past. The time for treaties was certainly dead by Federation, when every Aborigine and every person of Aboriginal descent became citizens of the Commonwealth of Australia.

Perhaps inspired by thoughts of the Waitangi Treaty of 1840 in New Zealand and the 29 treaties entered into between the United States and American Indian tribes between 1778 and 1868, treaty advocates fail to notice why those pacts are entirely different from that which they wish to achieve.

The Maori and American Indians were not citizens of New Zealand or the United States when their chiefs signed.

Prime Minister Bob Hawke was confronted with this reality in 1988.

After signing the Barunga Statement which demanded a treaty between Aboriginal Australians and the Australian Federal government, Hawke discovered that he could not deliver on his pledge because international law does not recognise agreements between the government of a country and any group of its own citizens.

Such an agreement is just not a treaty, so the only solution would be the creation of a new country inside Australia and giving the new entity sovereign status under international law.

Given a state government doesn’t have the ability to create a new state and a referendum on the issue would almost certainly fail, Dan Andrews should admit now that his ‘treaty’ is no such thing. It’s just a deception.

And while Dictator Dan virtue signals to his base, Aboriginals living in remote Australia face a standard of living the inner city elites wouldn’t tolerate for a day.

Way to focus on the real problem’s Dan!