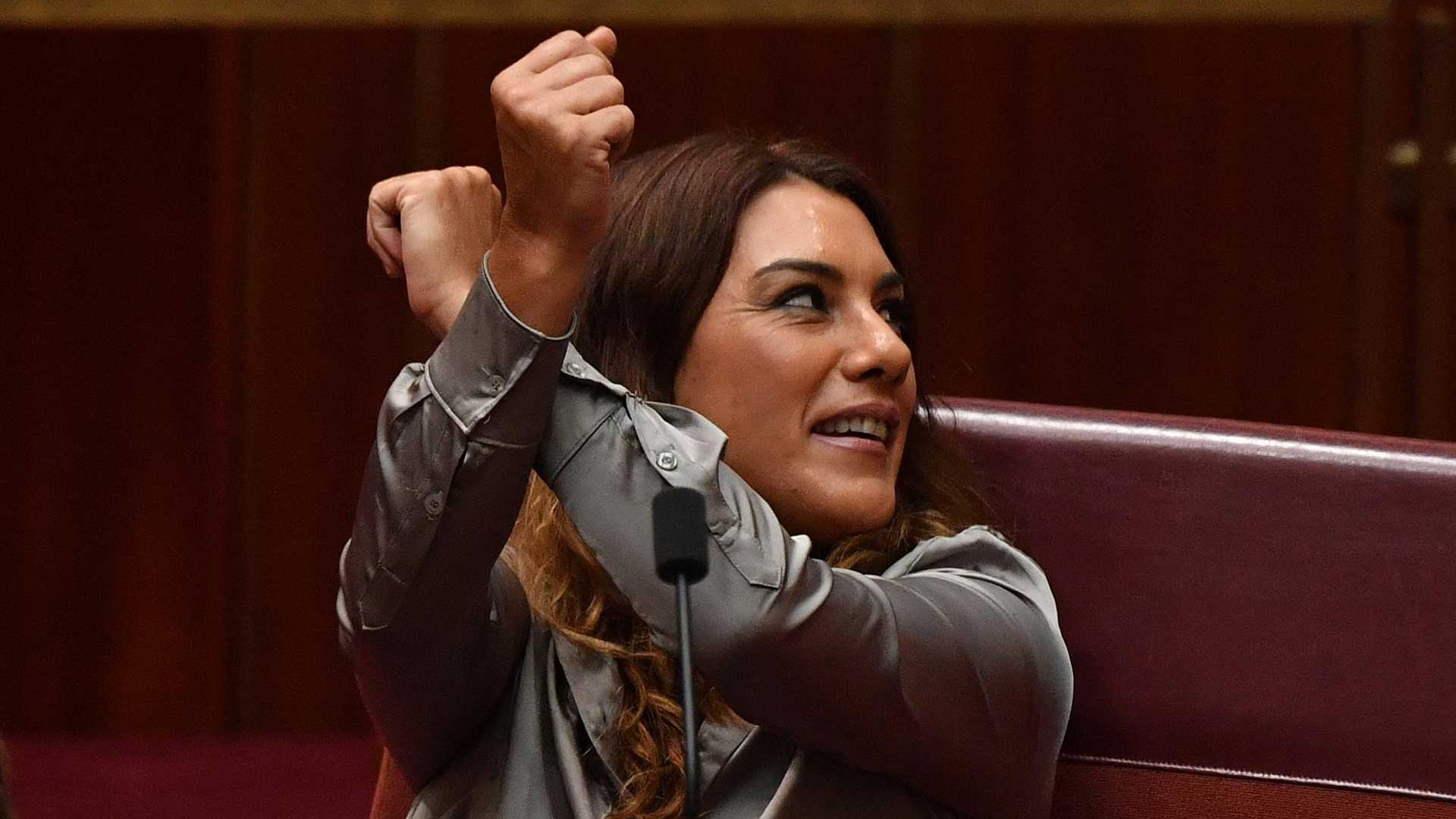 ADVANCE is all about engaging with politicians. We bloody love them!

However, there’s one more in our sights… and her name is Lidia Thorpe.

Never have Australia’s halls of parliament hosted a wom*n like Lidia.

She thinks Australia was “invaded” by the British.

She wants the state of Victoria to be renamed because it is named after Queen Victoria, who was apparently a vicious, murderous colonialist.

She is demanding white people pay reparations to Aboriginal people.

She even applauded the burning of Old Parliament House by a bunch of idiot activists earlier this year.

And now she’s spelling the word “black” as “blak”.

Why? Poor education? Typo? Trying to be cool and hip? Who bloody knows?

That’s why we’re asking her directly…and we’re doing it with her blessing.

In a post on her Facebook, Lidia says we can “join her on a walk around her old neighbourhood in Collingwood” on a “blak on track walk”.

Okay, Lidia! We will! Thanks for the invite!

Below is a comprehensive list of questions. We’re looking forward to your prompt response.