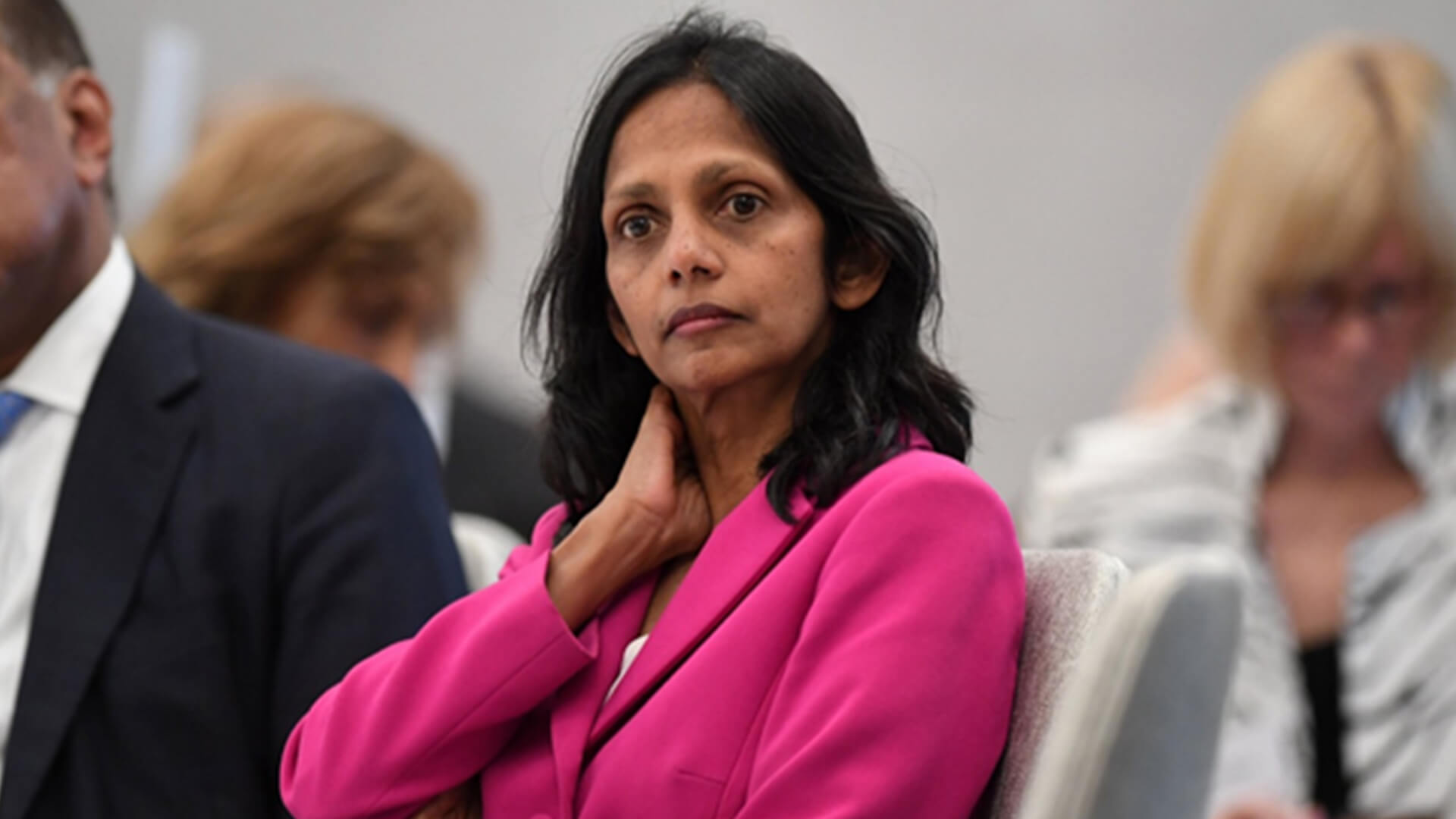 As if her opinion mattered given Aussies voted against net zero emissions at every federal election since 2013, CEO of Macquarie Bank Shemara Wikramanayake called for a faster transition to renewables earlier this week.

“The good news is that renewables are now the cheapest form of new generation in almost every part of the world, and investor interest far outstrips project supply. So, the economics are on our side,” Ms Wikramanayake said. “The pace of renewables deployment needs to accelerate from around 250 gigawatts a year today, to more than 1 terawatt by 2030.”

Why has the proportion of fossil fuel-based energy used worldwide only decreased from 80.3 per cent to 80.2 per cent between 2009 and 2019, despite trillions in subsidies for renewables?

And how come power prices have spiked by over 10 times in Europe after a particularly windless autumn and the closure of dozens of coal fired power plants and nuclear reactors?

Or is there something else at play?

As Shemara said herself, governments that set clear net zero emissions targets and decarbonisation plans can direct “huge pools of capital” towards wind and solar projects. “All governments must now prioritise renewables in their energy generation mix and respond to a world that is long on capital and short on projects.”

In other words, “give more direct and indirect subsidies to renewables” to the form of energy generation my company is backing and “give more power to globalist organisations such as the United Nations and International Monetary fund to coordinate the transition”.

Seriously, Shemara? What human costs have we seen from “our changing weather”?

Climate-related deaths have dropped by 96-98 per cent over the past century.

Academics from the Department of Earth and Environmental Sciences at Macquarie University found “no temporal trend” in the frequency of Australian compound natural disasters since 1966.

As Gina Rinehart told St Hilda’s Anglican School for Girls recently, “I loved to go home to our stations in the Pilbara... cyclones or the wet were very important parts of our year, as they had been since at least the 1860s, and weather was a big part of our conversations…we learnt from first-hand experience that cyclones were never exactly the same…[and] although the adverse and changing cyclones were of critical importance to us, no TV crews rushed up to film the cyclones or exaggerate them either… the cyclones of varying intensity in this most climate-varied part of Western Australia – our North – went unnoticed by media for 100 years, and hence by association, by government.”

Ms Wikramanayake also threw her support behind the controversial carbon capture and storage technology and pointed to Macquarie’s investment in UK’s Acorn Project, saying “on carbon capture and storage, we’re working with clients in the energy sector to advance finance for new projects,” she said, adding there needed to be greater collaboration between private and public sectors.

Nevermind that this has already been tried and tested, Shemara.

As Lenore Taylor (certainly no friend of Advance and normal Aussies) wrote in the Sydney Morning Herald back in 2012, former PM Kevin Rudd “squandered” much of the $300 million taxpayer dollars spent on carbon capture and storage with his program “failing to deliver”.

Wikramanayake even went as far as supporting “bringing the transition to people’s homes, supporting their purchase of [electric vehicles], and the installation of charging infrastructure.”

Obviously, Macquarie Bank missed the memo from the BBC which reported that:

As angry readers of The Australian wrote in response to Wikramanayake’s speech:

“Damn, now I have to close my Macquarie accounts. Fed up with all these virtue signaling corporations who don't look after their shareholders' and customers' interests.”

“Till they come up with base load power, go away. 30 gigawatts of capacity equals 0 gigawatts when there is no wind. These ugly inefficient wind farms will never deliver. Look at the problem the UK is having with no wind. Most of our electricity generation is coming from coal and gas, despite the enormous investment in wind farms. It makes no sense.”

“The financiers are on the ball. Profits are fatter and more consistent when government rules and regulation can mandate a course of action, than if customers all do their own thing and force competition.”