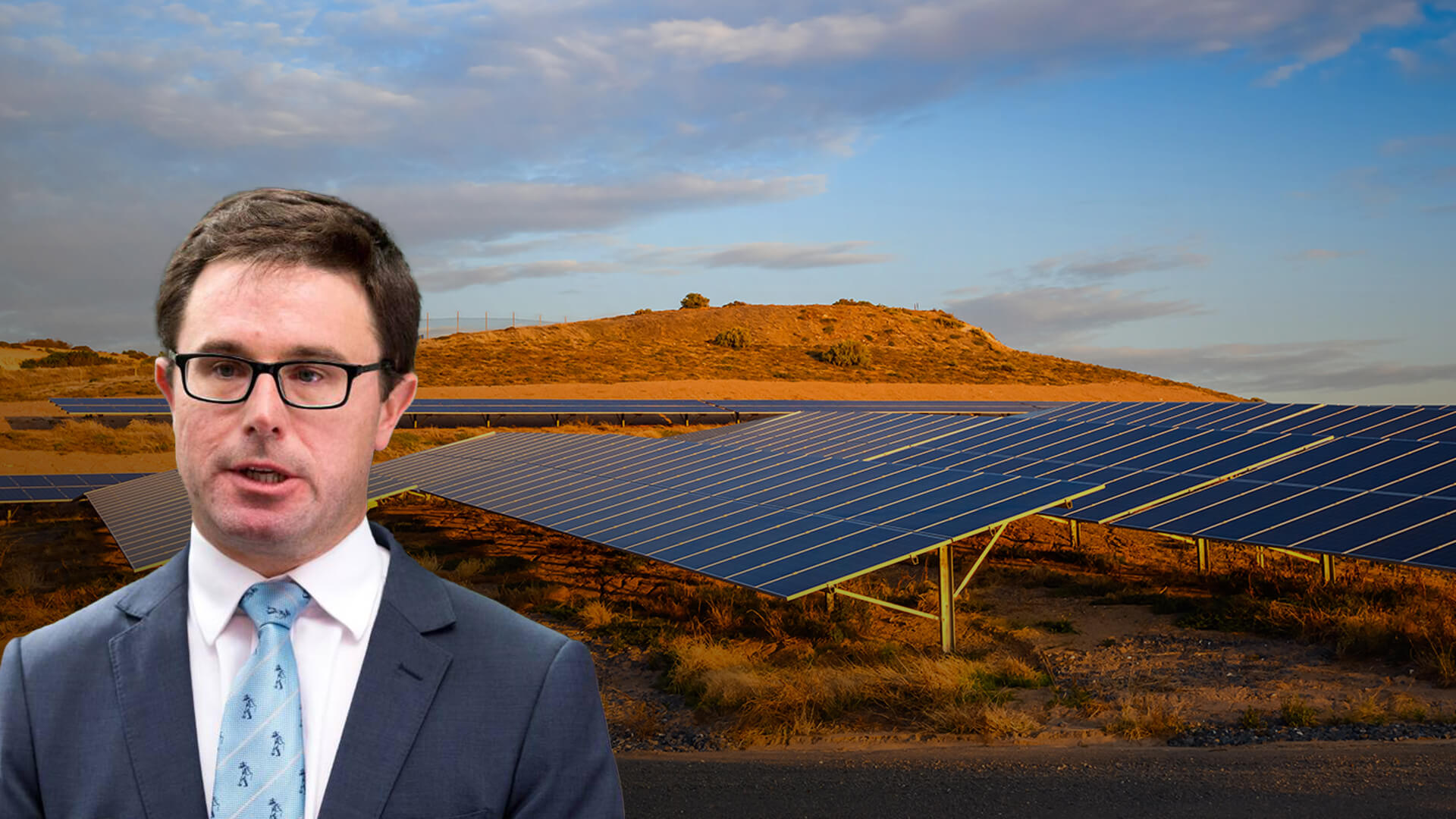 While Boris Johnson pressures Scott Morrison on net zero emissions, and the CCP says "missiles will fly" if Australia continues to stand up to China, the biggest threat to our prosperity and security may lie on our very own shores.

Although Australians can tell Boris to mind his own business and convince our mining magnates to place a levy on our iron ore exports to China; Australian industry and workers are held hostage by the increasingly powerful and interlocked "modern Liberal" and corporate agendas.

This week, the Herald revealed the Coalition’s agricultural policy has “quietly” grown a climate plan alternative, with Agriculture Minister David Littleproud set to encourage “polluting industries” - which are keen to “offset environmental impacts” - to buy carbon credits earned by farmers who “revegetate parts of their land”.

According to the Herald, “the policy could involve incentivising the planting of trees and shrubs in gullies and on ridges that are unproductive for agriculture but boost habitat for flora and fauna, including a focus on native and threatened species and habitat that boosts biodiversity”.

If the Coalition is so worried about revegetation and biodiversity, why haven’t they allowed farmers to bring their stock into national parks and state forests to reduce fuel loads and the intensity of future wildfires?

Afterall, wasn’t it this very sort of green ideology that led to the cancellation of hundreds of hectares of hazard reduction burns in the name of saving “baby and nesting birds” prior to the outbreak of the devastating 2019/20 bushfires?

Secondly, if Agriculture Minister David Littleproud is so keen on the “planting of trees and shrubs in gullies and on ridges”, why has his government given billions to wind turbines and solar installations which take up 40-50 times more land than coal-fired power plants and 90-100 times more than gas?

In fact, when Josh Frydenberg announced that $1.2 billion of the $1.8 billion in his 2021/22 budget dedicated to the energy sector would go to emissions reductions, 78 per cent of Australia was powered by fossil fuels and only 7 per cent by wind and solar.

And if lowering temperatures is so important, where’s the announcement for a significant investment in a series of new dams for regional Australia?

To use the same euphemisms as climate alarmists, there is a “scientific consensus” that irrigation cools temperatures and heat index extremes...

The same goes for the corporate side of the equation.

Just this week, Greens Senator Larissa Waters celebrated how the corporate elites in Australia’s insurance industry have refused to insure construction companies involved in the Adani Carmichael mine. 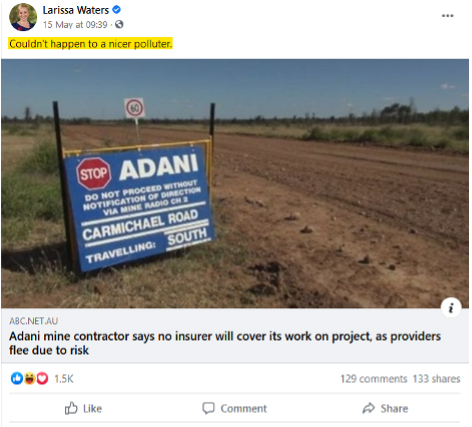 For example, contractor BMD constructions, which reportedly had a $350 million contract for work on the rail network that will deliver coal from the mine to the ports has said it has “found itself in the extraordinary position of being unable to find any insurer for its work on Adani-related projects”, according to the ABC.

As such, BMD has said being uninsured creates a "risk so substantial that if it materialised, could easily impair the company's ability to continue to trade".

"In 41 years of performing construction work in Australia, BMD had not previously been exposed to such a large and immediate risk... an inability to obtain the insurances listed… placed BMD in breach of its contracts under which it was delivering the projects."

This is a disgrace and the Morrison government must step in and provide the insurance.

At the very same time Australia is trying to restore its sovereignty by detangling itself from dependence on CCP export markets, the last thing we need is corporate Australia undermining the viability of an Indian investment into Australia’s coal industry.

Just as the last thing on the Agriculture Minister’s mind when Australia’s sheep flock has fallen to its lowest number since 1904, should be incentivising “polluters” (i.e. heavy industry) to pay farmers for “planting trees and shrubs in gullies and on ridges”.

As Advance keeps saying, nobody voted for this in 2019; and nobody has ever voted for corporate Australia to dictate environmental policy…