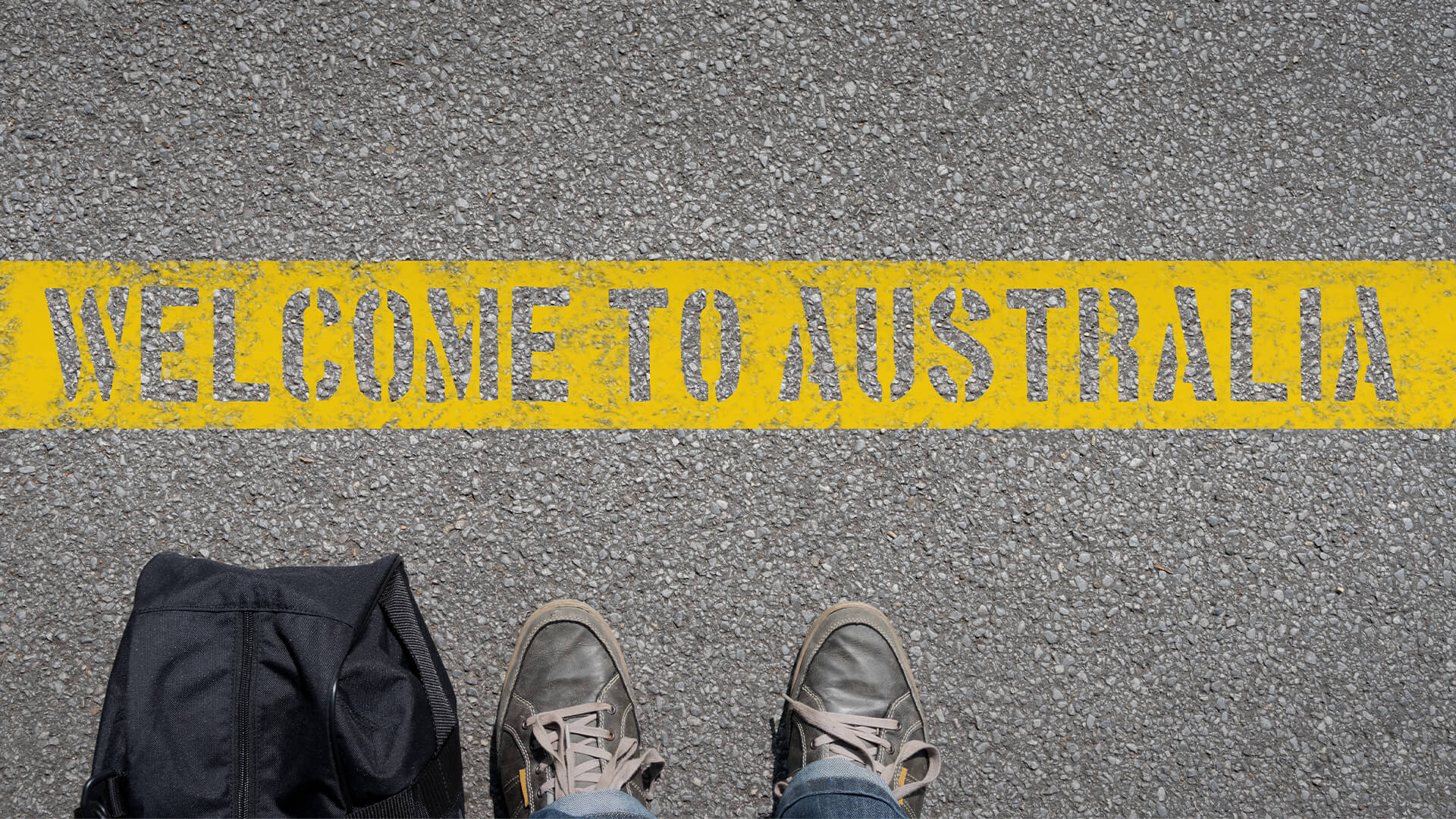 It’s truly unbelievable how so deeply out of touch Australia’s current stock of politicians are, and the front page of The Australian newspaper this morning makes our point for us.

Thanks so much, ScoMo!

Our already decreasing per capita water supply will continue to dwindle. Energy prices will continue to rise. Congestion in our major cities will get even worse. Our hospital system will be unable to keep up.

The single-minded focus of state government infrastructure investment will continue to revolve around new tunnels and highways just to keep up with unsustainable population growth and urban sprawl.

The quality of education at our top universities will be even further subverted by the dominance of international students who are there because of the size of their wallets, not their academic abilities.

More and more people will be forced to live in concrete boxes held up by Chinese steel thanks to money-hungry property developers who have no care for beauty, community and sourcing Aussie-made materials.

And anybody who dares to question whether it’s a good idea for Australia to continue this insanity will still be labelled a “racist bigot”, or whatever the unhinged call mainstream Australians these days.

Another great deal brought to you by the party of “sensible economic management”.

If you think we’re over-reacting, check out the numbers. 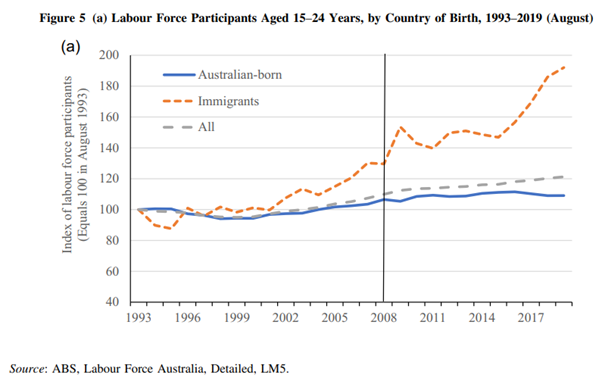 Australia’s economic performance in the decade leading up to COVID was abysmal, with per capita GDP and income growth collapsing, largely as a result of mass immigration: 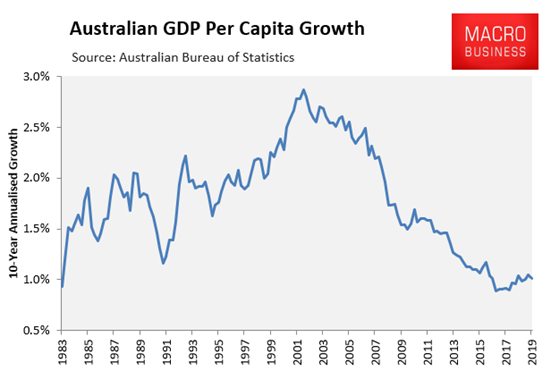 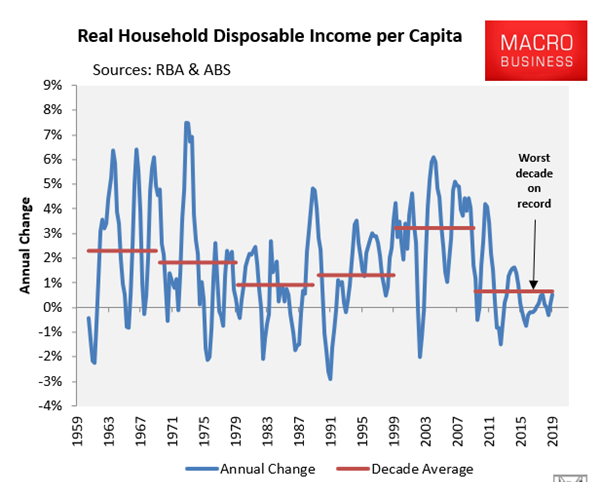 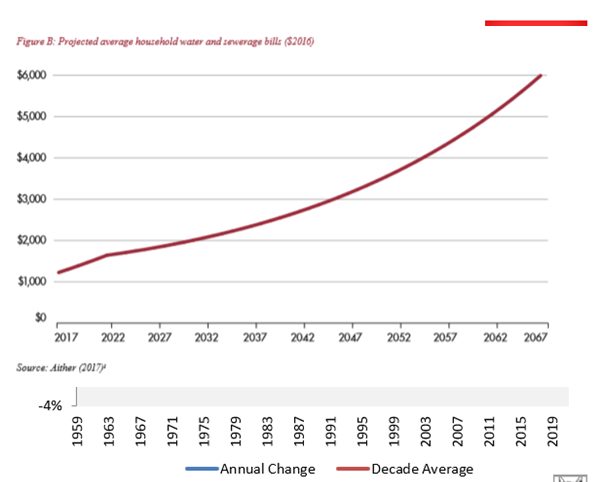 People will be forced to abandon the “Australian dream” of owning your own home and live in tiny apartments: 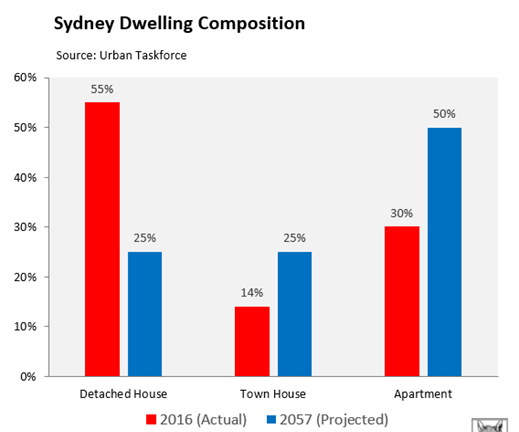 Note as well that as soon as immigration ceased due to COVID-19, wages went up. When wages go up, the Reserve Bank lifts rates, reducing the amount of inflationary money printing the private banks feed off of given they receive the freshly printed money first, allowing them to spend it before its purchasing power is offset by inflation (the unfortunate economic phenomenon the rest of us normies experience). 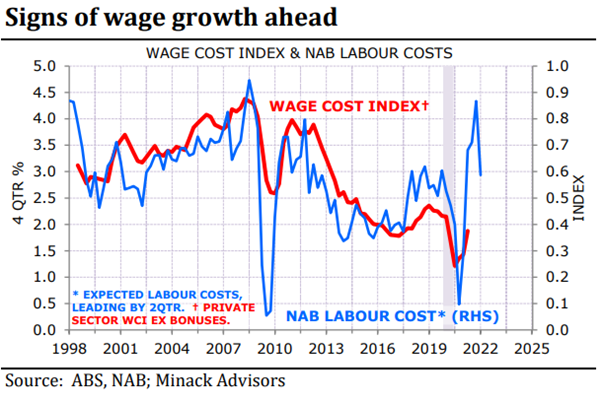 Then there are the 116,000 homeless Australians (including over 5000 homeless veterans) who will continue to be priced out of the rental and housing market by the often-wealthy economic migrants who come here seeking the quality-of-life Australians built from the ground up.

If this isn’t a sick joke, then ADVANCE doesn’t know what is.

For once, our politicians need to put the Australian people first because the more you scratch beneath the surface the more one realises, we haven’t been in a worse state as a nation and people for decades…