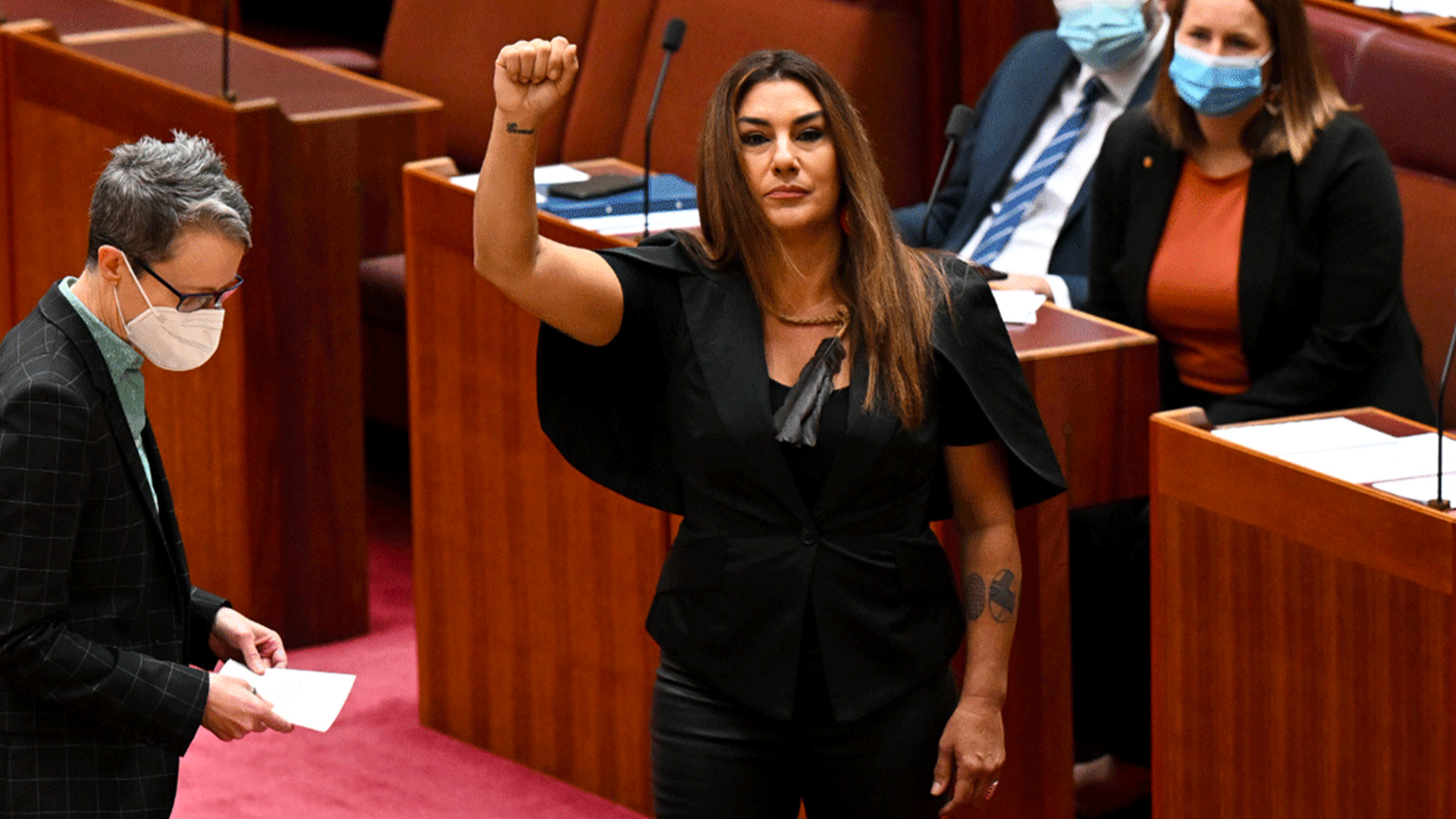 Greens Senator Lidia Thorpe has lost the plot – if she ever had one to lose.

In Parliament on Wednesday, Senator Alex Antic – a great friend of ADVANCE – gave an outstanding speech that had Lidia frothing at the mouth with outrage:

History tells us that civilizations and empires are transitory.

There are of course increasing signs that western culture has reached a tipping point.

Left-wing activism supposedly based on equity, diversity and inclusion use its allies in the media, the corporate sector and in politics to prohibit any views it disapproves of.

Too many of our modern leaders are not across this threat.

They seem to think that defending our values is beneath them and that we have time on our side.

Well, we do not. Suicide and depression rates in our young people continue to skyrocket.

We failed to instil in them a sense of meaning and purpose, replacing it with empty modern ideologies like climate alarmism.

On leaving school, young adults have little knowledge of history as a result of a curriculum that is diluted of western history and replaced by critical race theory and a sense of victimhood.

Sadly, too many have cowered to these ideologies, afraid of being called the various 'isms' and 'phobias' and it's now wreaking havoc across the west.

The response from Loopy Lidia?

ANTIC IS A RACIST!

THIS IS NOT A SAFE WORKPLACE!

In fact, the situation got so bad, Labor's Acting Deputy Senate President had to step in to shut Thorpe up.

The Acting Deputy Senate President told Thorpe to withdraw her attack on Antic as a sign of respect for parliamentary process.

But she wasn’t having a bar of it.

Thorpe responded by saying “I’m not withdrawing because it’s a fact”.

After being asked to withdraw her comment again, she continued: “President I was stating a fact”.

She was given another chance to withdraw, but once again refused, saying she feels "violated", before screaming and yelling until she had her microphone cut off.

On the fifth occasion however (clearly after getting some sensible advice), she finally withdrew her comments and ate some humble pie.

As Alex Antic said, “Talk about a way to prove the point I was making...that our politicians are leaders and they need to stand up to such name calling.”

ADVANCE and every one of our supporters are with you.

Keep up the great work and keep triggering extremists like Thorpe.

The more they lose it on the public record, the more they show their true colours (i.e., green on the outside and red on the inside).