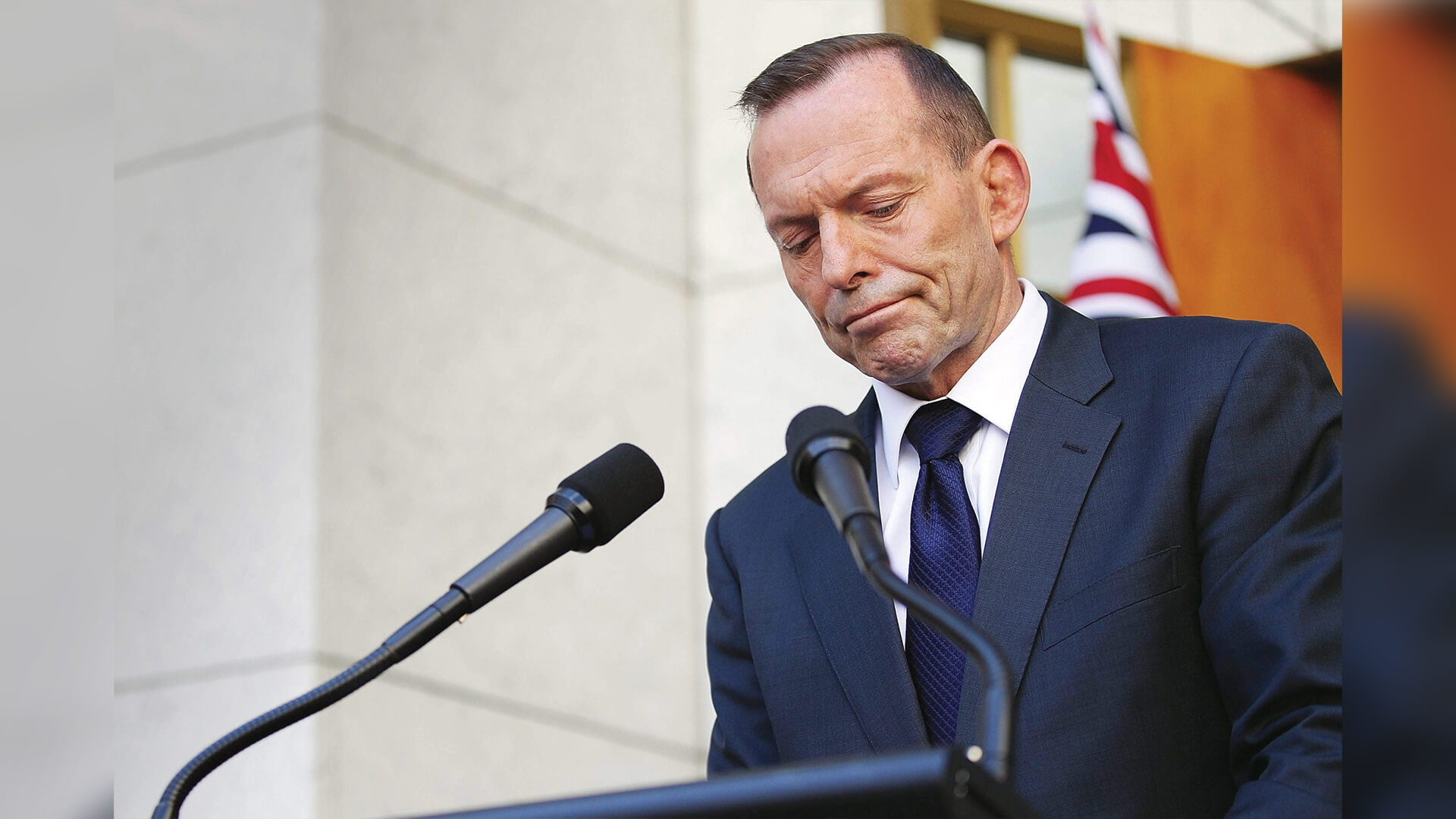 The decision to remove Tony Abbott as Prime Minister may go down as one of the worst political decisions in Australian history. And for that we can only thank miserable Malcolm Turnbull, Christopher Pyne, Julie Bishop and the rest of the “modern Liberal” cabal!

Writing in The Australian this morning, Mr Abbott asked if we are “psychologically prepared to become more like Israel in the much less safe and secure world now looming before us?”

“The basic issue is that while the democratic West, the Anglosphere especially, has been worrying about its own health and the health of the planet, or agonising over our race record (even though for minorities in our country things have never been better), countries with less well-intentioned governments have been building up their military and economic clout with a view to overcoming historic grievances and changing the global order.”

According to Mr Abbott these rapidly changing international circumstances beg the question: “does the West, in particular the Anglosphere that’s at its heart, have the material and mental resilience to stand up for its ideals; and how ready are we to defend our own freedom if we won’t make sacrifices for anyone else’s?”

Abbott believes that although “Australia is just a middle power, we should not underestimate ourselves.”

“We have been instrumental in the reinvigoration of the Quad. Our refusal to allow Chinese companies into strategic IT has stiffened the world’s spine; as has our insouciance in the face of Beijing’s trade boycotts,” he wrote.

“The AUKUS nuclear submarine pact is the most important decision any Australian government has made in decades, even if our need is for second-hand nuclear subs in months rather than years.

“Any decision to forward-base Australian ships and planes under the new treaty with Japan would be a potent signal that Taiwan might not have to fight alone.”

Australia has a serious role to play in the next century and it’s our responsibility to ensure we live up to our potential.

Like Israel, Australia needs to take its defence seriously.

Like the rising Chinese, Indian and Russian powers we need new fleets of baseload coal and nuclear power stations. In a high-wage economy like Australia we can never be competitive in advanced manufacturing without cheap, stable power. We had this in the 1980s when aluminium smelters left all corners of the world for Queensland given its unparalleled cheap energy.

We must get serious about our capacity to be self-sufficient.

We need a world-class, large-scale steel industry so we can value-add and refine our two major exports: iron ore and coal. We can’t sell wholesale and buy retail forever. It just isn’t sustainable.

More importantly, we need to believe in ourselves as a nation again.

As Tony Abbott said: “we should not underestimate ourselves”.