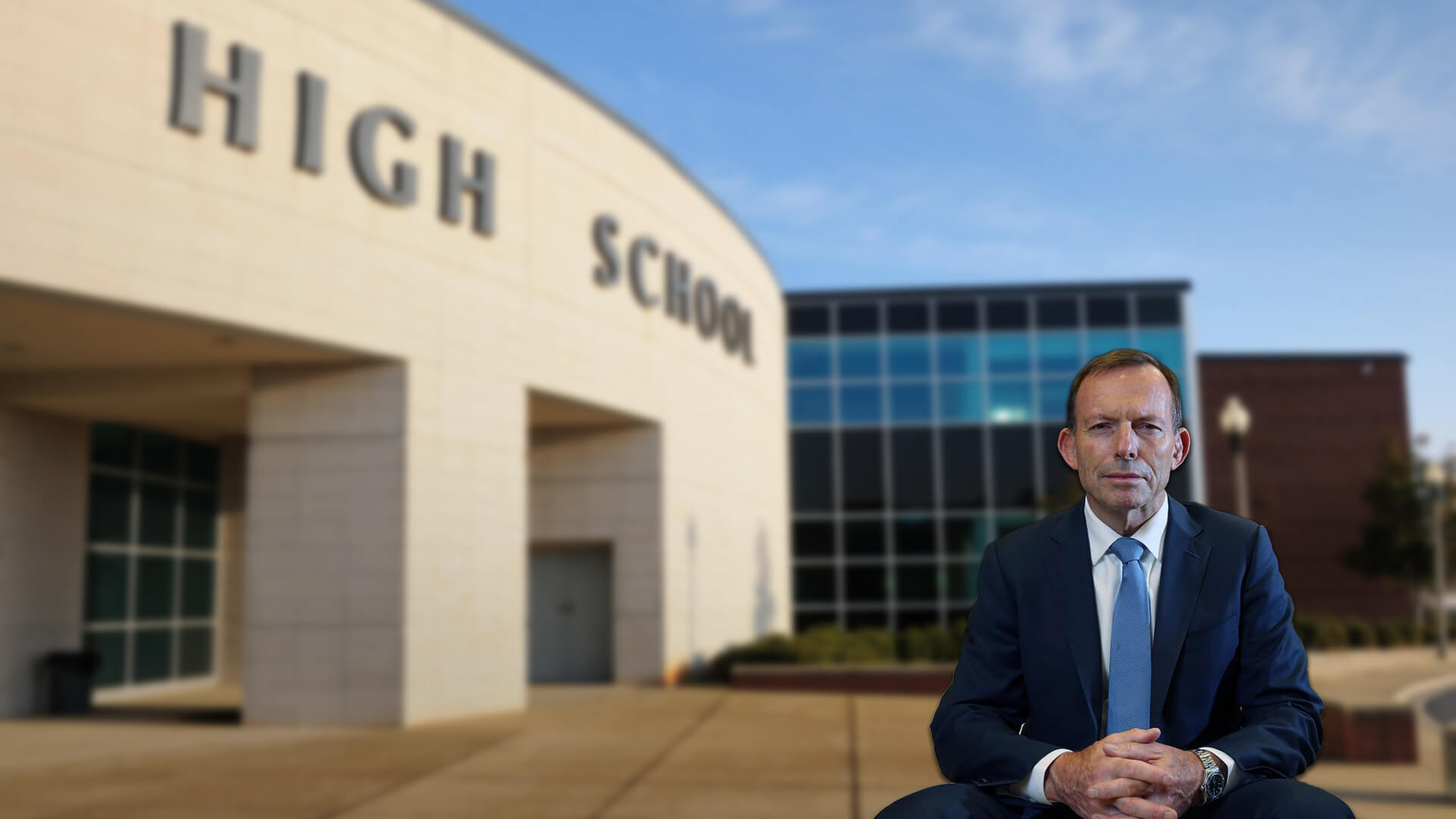 Although we sound like a broken record here at ADVANCE, Tony Abbott is the Prime Minister we lost too soon; and if you’re as upset as we are about his ousting please send a kind letter to GPO Box 36, SYDNEY NSW 2000 or email [email protected].

As reported by The Australian this week, Mr Abbott has declared “it is time for the quiet Australians to speak up” and for centre-right political leaders to become cultural warriors prepared to fight against “toxic” politically correct themes and practices in education.

Commenting on how the Republicans’ promise to ban Critical Race Theory played a role in their surprise victory in the Virginian election last week, the former PM argued “the question about the national curriculum is a real live issue: are our kids getting an education in the classroom or an indoctrination?”

He said he strongly supports Scott Morrison’s call on Wednesday for the Coalition to defend Liberal values on individual freedom, the free market and government intervention, but warned that people – particularly parents of school-age children – needed political leaders to fight for them over education standards.

More specifically, Abbott said “cutting regulations, cutting tax, supporting business, especially small business, are all important, but fighting the culture wars in the classroom is perhaps the most important of all.”

“For a long time, Labor has sought to make the quantum of money paid to education as the be-all and end-all. But, while money obviously matters, it doesn’t matter as much as principal autonomy, parental involvement, high teacher standards and academic rigour.”

Mr Abbott commented on the new curriculum and Education Minister Alan Tudge’s decision to ensure it isn’t defined by Critical Race Theory after ADVANCE put the heat on him.

“Critical Race Theory essentially teaches [that] society is inherently racist and white people are either racist or the beneficiaries of racism,” Mr Abbott said.

He said the Australian education system had a curriculum in which every subject, including Latin and maths, had to be taught from Indigenous, Asian and sustainable perspectives. “The inference is that there is something illegitimate about our ­society, or from an Asian perspective we are inadequate, and from a sustainable point of view we are somehow bad for the planet.”

The former PM even took aim at the increasingly powerful “modern Liberal” faction saying that although Education Minister Tudge deserves praise, he can’t understand the reticence of Liberal people in authority to speak out. “We don’t want to whitewash Australian history, but people – particularly parents – have got to have a political standard bearer.”

It’s time we stood up for our children once and for all, especially given we know what happens at school these days.

As Tony said himself, in every single subject – whether it be English, Geography or Science – our children are taught a one-sided, unfair account of British colonialism and the Crown’s treatment of Australia’s Indigenous.

Similar to the recent proclamations of former Prime Minister Paul Keating, our children are taught our future is “Asian”, with the underlying implication we must distance ourselves from our chief ally, the United States.

Even worse, our kids are told we need to shut our coal and gas industries to save the planet from Climategeddon, all while the Chinese Communist Party operates over 1000 coal-fired power plants, with more than 127 under construction.

Have our children hate our country and our history; have them side with the Chinese over our allies; and have them de-industrialise this great land on the altar of climate change.