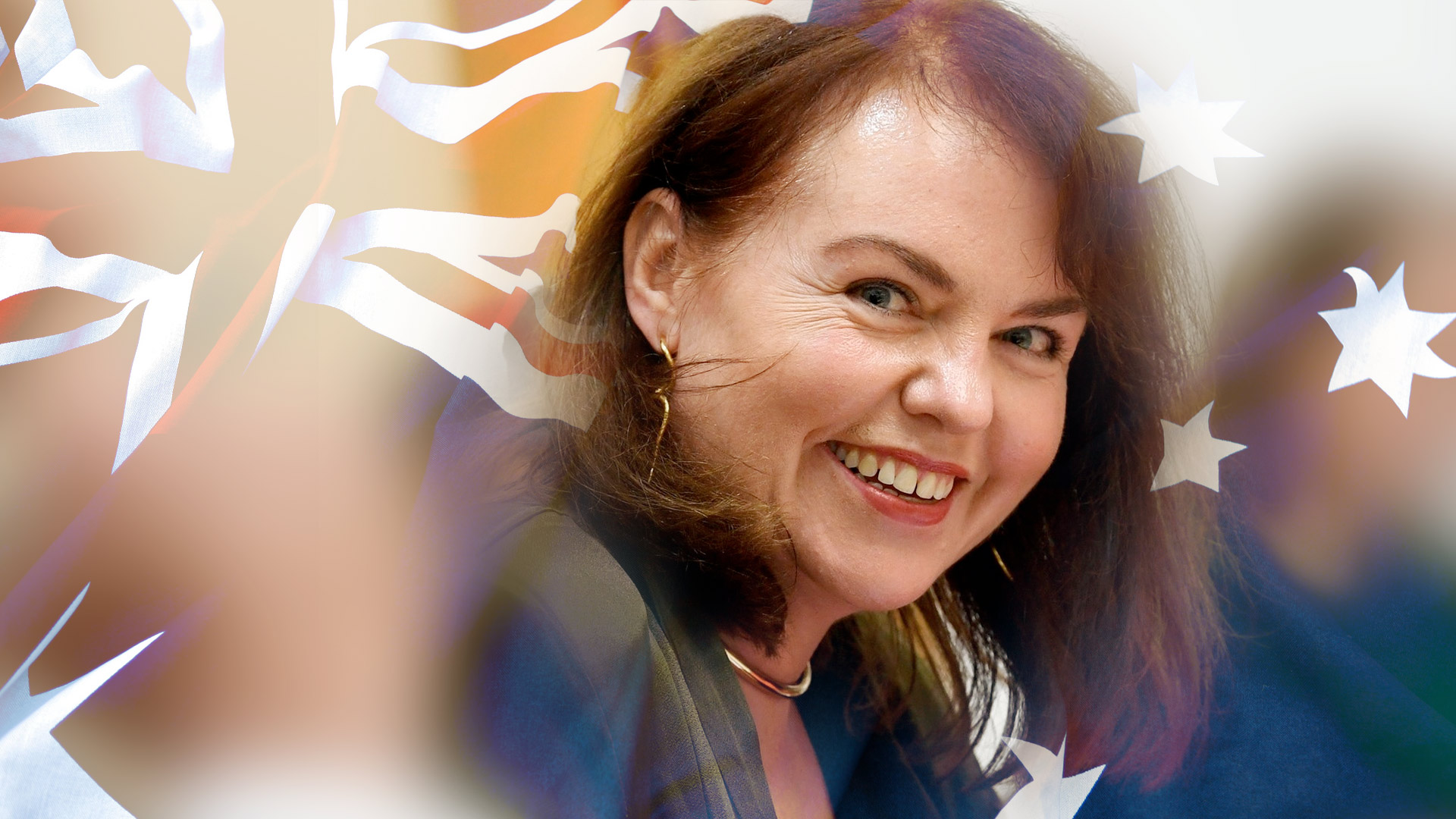 Australia has just lost a true patriot, and her name is Kimberley Kitching.

While driving between meetings yesterday evening, Kitching – a Labor senator from Victoria – died from a suspected heart attack after ringing her husband to tell him she wasn’t feeling well.

In response to the shocking news, all sides of politics are in mourning.

Current and Former Labor MPs have spoken about the tragic loss of their friend and colleague, which comes just days after members of Victorian Labor's right faction refused to endorse her spot on the party’s Senate ticket

Liberal politicians including her close mates Andrew Hastie and James Paterson have paid tribute to her incredible strength, patriotism and fearlessness.

Even One Nation leader Pauline Hanson was in tears last night on Sky News, acknowledging the amazing work Kitching did for the country by attempting to rein the far-left of the Labor Party back to a position of sensibility and common sense.

ADVANCE and our 190,000+ supporters feel the exact same way…

For years now, we’ve been following Senator Kitching’s brave opposition to Chinese Communist Party belligerence, and it's heartbreaking to know we’ll no longer hear her strong voice in the halls of parliament.

Just two weeks ago, Senator Kitching used parliamentary privilege to suggest that the wealthy businessman behind the plot to get political candidates elected in the upcoming election was Chinese-Australian property developer Chau Chak Wing.

Like so many, Kitching saw Chau’s subversive influence as a threat to our democracy and wasn’t scared to name names.

At a recent United Nations roundtable, Kitching declared that the deterioration in China's relations with Australia is entirely the result of President Xi Jinping's “neo-Stalinist domestic policies and his belligerent and hegemonic behaviour in the international arena, particularly in our immediate region”.

She lamented how the CCP responded to Australia’s leading “call for an independent, multilateral inquiry into the origins of the COVID-19 pandemic…with a suite of selective tariffs on Australian exports. It is hard to see this as anything other than punishment for our temerity”.

Like our friends Eric Abetz, Andrew Hastie and James Paterson, the Senator is a passionate supporter of China’s oppressed Uighur minority.

She slammed the “gross bias and ineffectiveness of the United Nations Human Rights Council” in its “silence over China’s imprisonment in labour camps of over a million Muslim Uighurs in Xinjiang” and “disregard for even the nominally guaranteed autonomy of Tibet, and most recently its blatant violation of Hong Kong’s status as a self-governing region”.

And she didn’t just talk the talk…Kitching walked the walk.

The Senator told parliament about how she “heard in-camera [private] evidence from some, because either they are frightened from past experiences with the regimes in their country of origin, or they fear for their families, whether those families be here or in the country of origin…I don’t think we can avoid naming the country where witnesses felt threatened and had to give evidence in-camera. The regime is the Chinese Communist party.”

Most impressive however was Kitching’s understanding that her job in parliament was higher than party politics and factional squabbling.

Her close relationship with Liberal MP and former SAS Captain Andrew Hastie is the perfect example. In reference to joining Co-chairs of the Inter-Parliamentary Alliance on China with Andrew, Kitching said it was “heartening” to be joining forces with “like-minded parliamentarians”.

What a wonderful leader and patriot she was.

Not only does ADVANCE and our 190,000+ supporters give our most solemn condolences to her family, but we’ll ensure her incredible legacy lives on…