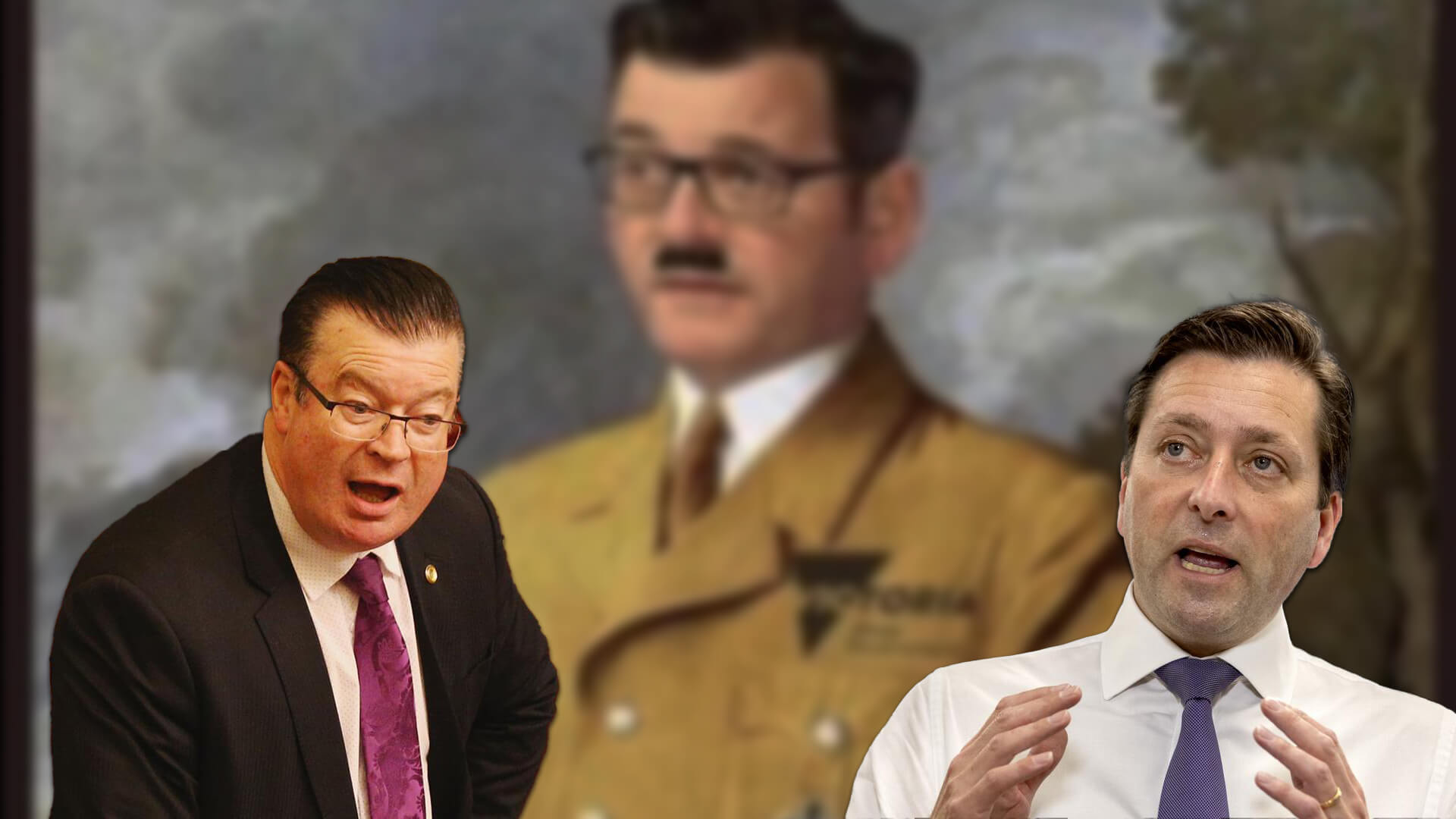 If they want to win the election next year, the Liberals have to toughen up, and here’s why:

Well, after all-round legend and ADVANCE supporter Bernie Finn MP did what every opposition MP should be doing – calling out Dictator Dan for being the thug he is – Matthew Guy went to water.

After Bernie posted the following on his Facebook, Guy said his post “sounds, from what I’d heard, quite ridiculous. All MPs need to focus on their jobs.” 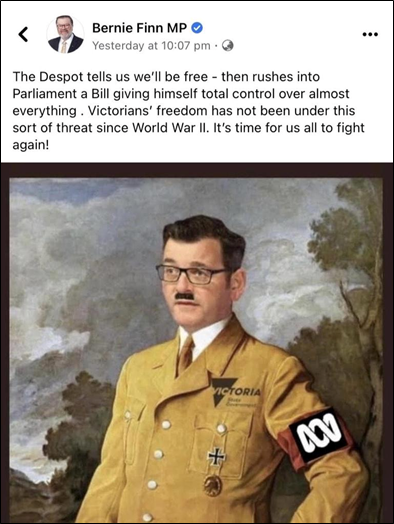 When someone in the media gaggle asked what he thought of “having to monitor the social media habits of the politicians within his ranks,” he responded, “I think you can probably see the look of that on my face.”

Guy even felt the need to clarify he’s the big bad boss by declaring he’d “deal with Bernie”.

You had a perfect opportunity to call out the hypocrisy of Labor and corporate media by reminding them that less than a month ago Bill Shorten accused Melbourne’s freedom protesters of being “man-baby Nazis”.

You condemn Bernie Finn MP for comparing Andrews to Adolf Hitler even though Labor and the Greens have been comparing anyone of a centre-right persuasion – including Bernie Finn – to Hitler for years.

Worse, you publicly call out your most popular MPs for daring to show some testicular fortitude!

Bernie Finn is one of the ones who gets it, along with Neil Angus MP.

Speaking to Epoch Times over the weekend, Neil Angus MP said that 20 months ago – at the beginning of the pandemic – many Victorians would not have anticipated health restrictions such as curfews or limits on travel within a few kilometres of their home.

“If we had talked about this a couple of years ago, people would have laughed at us. And yet now, we’ve had this in place for just under two years, and who knows what could be happening next,” he said.

It’s extremely concerning, and like all these things, they come incrementally and in the heat of the battle when we don’t notice it. But when you step back and have a look, you can see how far we have gone down the path of losing our liberties, and that is very frightening.

My concern has been the continual overreach and interference by this government into the lives, and every part of the lives, of all Victorians … We’re always going to have to look out, and listen out, for the Premier. One day, he might get up on his soapbox and make a decree about certain classes of people, certain geographical areas, and about certain things you can and can’t do.

The freedoms that we have taken for granted, for so long here in Victoria, are potentially put at risk by this particular Bill. So, I think it’s going to change things dramatically here in Victoria – for the worse.

Millions of Australians are desperate for the Liberals to enter the ring when there’s a fight to be had...