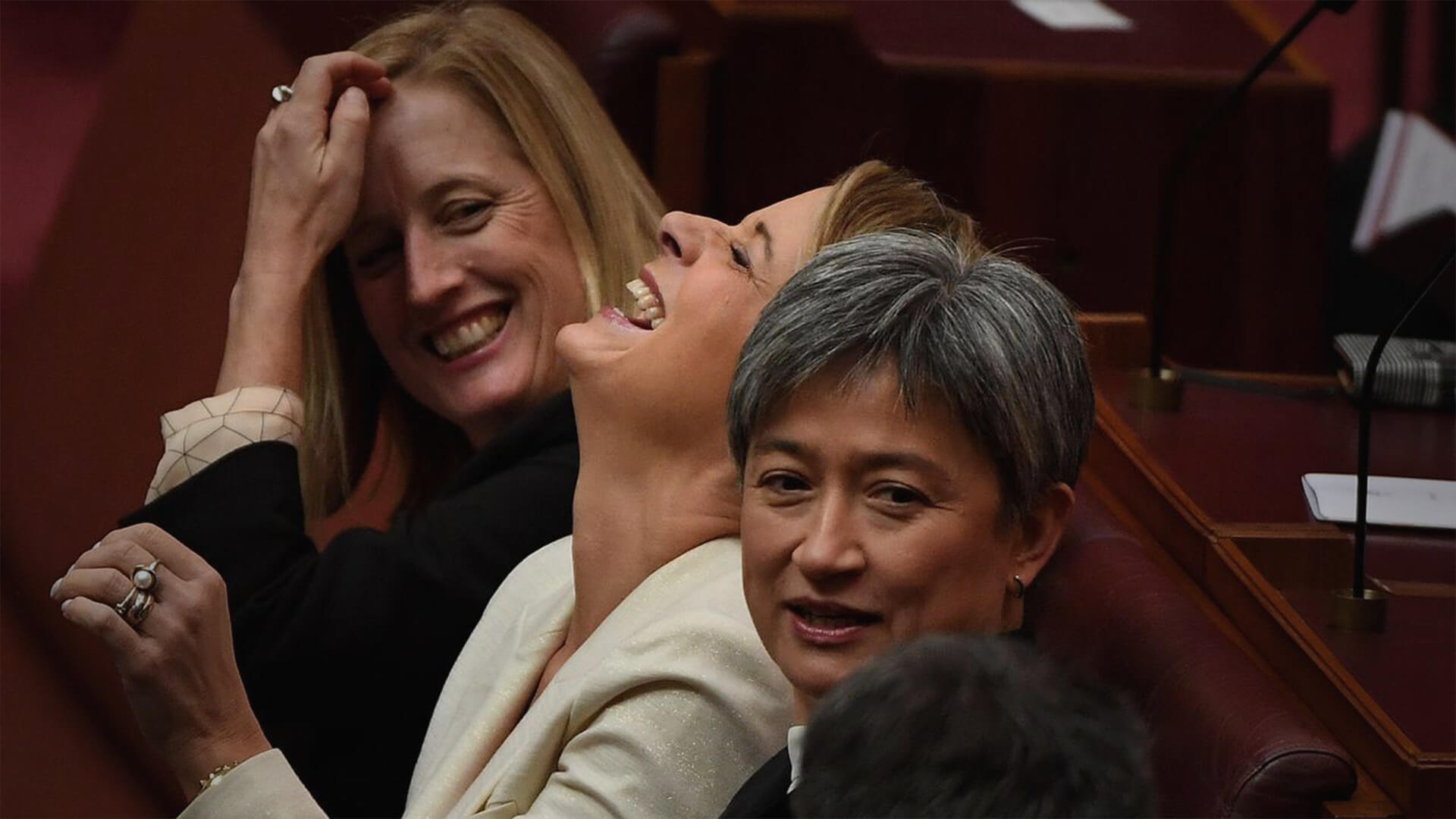 On Monday, ADVANCE wrote about Dictator Dan Andrews’ egregious treatment of a female Labor MP who didn’t want to play along with his silly factional games.

Today we’re discussing yet another instance of senior Labor figures bullying their free-thinking colleagues, and this time the abuse has come from the “mean girls club” comprised of Penny Wong, Kristina Keneally and Katy Gallagher.

As reported by Sharri Markson on Wednesday morning, Senator Kimberly Kitching – the fiercely patriotic, anti-CCP Labor figure who sadly passed away last week after suffering a heart attack – faced “a pattern of hostility that put her under strain for a long time before she died”.

The evidence is overwhelming.

For instance, in late 2018 Kitching – accompanied by her friend Bill Shorten – approached Labor’s Shadow Minister for Foreign Affairs Penny Wong to mount the case for a Magnitsky law that would allow Australia to sanction individual human rights abusers instead of entire countries.

Although the law was passed in the United States to uphold human rights and Western values, Wong allegedly said: “Over my dead body will we have Magnitsky.” Apparently, Wong even “stormed off” after Kitching stood up to her “and Bill just sighed and said, ‘Look we’ll do it when we’re in government.’”

Why was Penny Wong so opposed to the proposed Magnitsky laws?

In one of her final interviews before passing, Kitching said the act was seen as too provocative towards China when hostilities in the Sino-Australian relationship were escalating. “One of the things about it is people were worried it was going to upset China,” Kitching said.

“I feel if we don’t have strategic competition and don’t hold true to our values, we are going to lose sovereignty. It doesn’t matter where human rights abuses occur … We were the fourth of the five eyes to have it (the Magnitsky Act).”

Next was a run-in with Kristina Kenneally over the Brittany Higgins saga.

When the Senate finance public administration committee received a submission containing an allegation that there had been an incident between two staffers, “Kitching could see someone’s sexual assault experience was about to be weaponised,” a friend recalled.

Disturbed by the prospect, she gave a vague warning to former defence minister Reynolds about it given the staffers involved worked for her. They had a verbal conversation followed by a text exchange. Kitching’s friends believe she acted in good faith and was deeply uncomfortable – at least initially – with politicisation of an alleged rape.

However, Kristina Keneally wasn’t having a bar of it.

When she found out Kitching warned the defence minister that Labor was going to politicise the rape case to undermine the Coalition, Keneally dragged Kitching into her office, accused her of leaking to the Liberals, refused to give her a right of reply and suspended her from the Labor tactics committee –  a senior group that meets daily to decide on question time political strategy. She was never returned to it. From this point, Kitching was given fewer opportunities to ask questions during Senate question time.

After both incidents, Kitching became “very stressed. She confided in me a number of times,” according to one of her friends.

“This is where the process of isolation and cruel treatment intensified. Kimberley was stressed, started losing weight and strength dramatically,” a second friend alleged.

A third friend also spoke about the devastation Kitching felt at being ostracised by Labor’s senior Senate leadership team. The situation got so bad Kitching would refer to Gallagher, Keneally and Wong as “the mean girls”.

Meanwhile the ABC, Grace Tame and Lisa Wilkinson haven’t uttered a single word about the ordeals Kitching faced at the hand of Labor’s “mean girls” club.