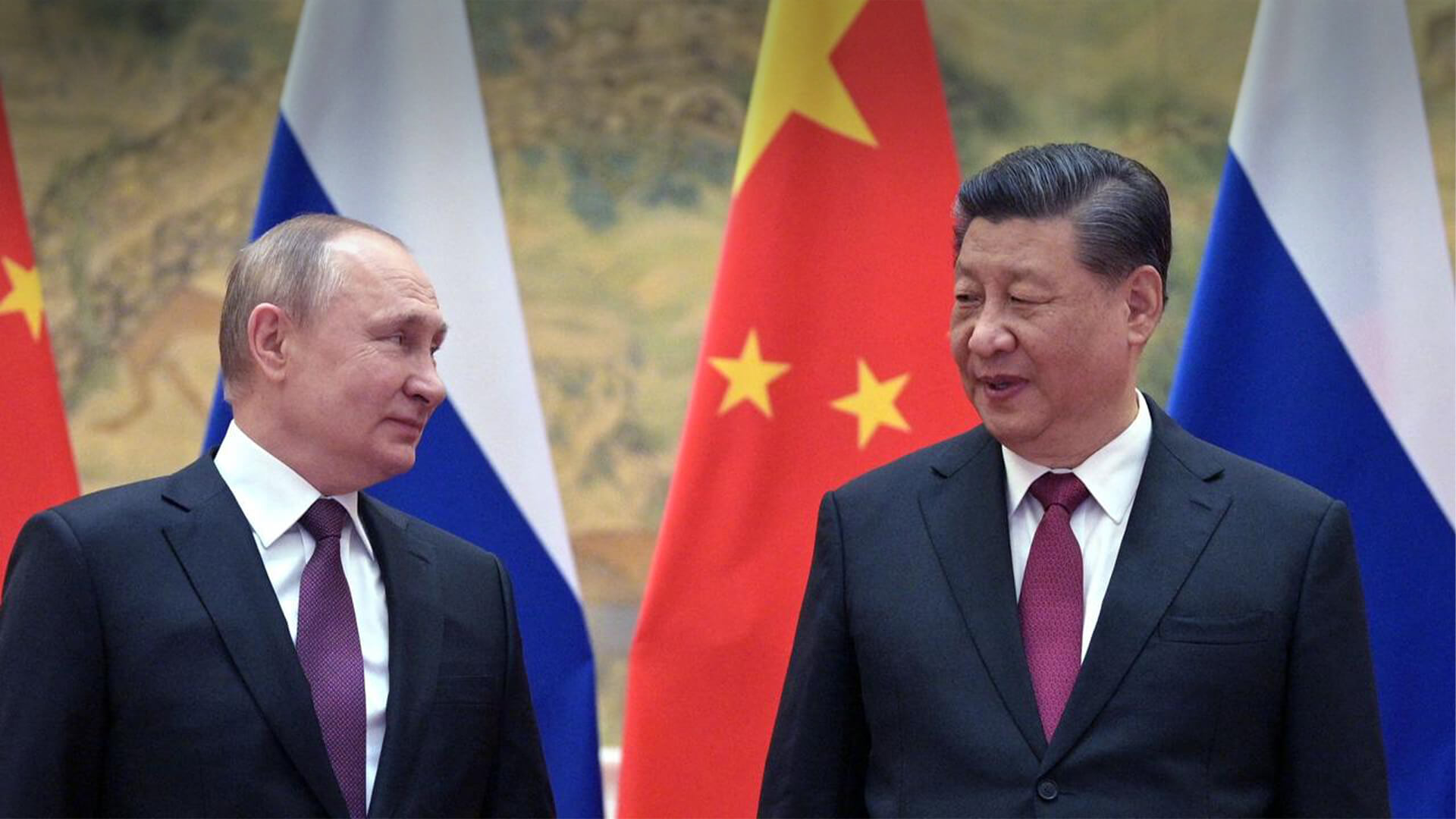 The free world has a serious issue on its hands, and we need strong leaders like former SAS commander turned Liberal politician Andrew Hastie to put up a good fight.

Speaking on radio yesterday, Hastie said Aussies MUST care about what’s happening in Ukraine “because the two biggest authoritarian powers are now working together”.

“Xi Jinping and Vladimir Putin met in Beijing on February 4, they released a strategic memorandum of about 5,000 words, detailing how their interests are now aligned,” he said.

“Overnight, we had China reduce trade barriers to Russia, so more Russian wheat could come to China, just as everyone else in the world was imposing financial sanctions on Russia.

“China also gave cover for Russia with their flimsy pretext for the invasion, that it was provoked by NATO.

“So, it matters for us because we now have two authoritarian powers working together and we have a liberal democracy trampled over in Eastern Europe, and it means that we've got a decision to make: do we want to have a world governed by the rule of law or by the rule of the jungle? And I would much prefer, as you would imagine, the rule of law, because that's how we’ve prospered over the last 80 years.”

When asked about whether we should be concerned that this could now be a precursor to China going after Taiwan, Hastie responded by saying “we’re watching all these things very closely. But it's a reminder that authoritarian powers are flexing their muscles and the best way to push back against bullies is to be strong yourself.”

“That's why we're investing more than $270 billion over the next decade in our defence capabilities. That's why we're getting nuclear submarines which will be based right here in Western Australia,” he said.

“We need to be able to make it too costly for a bully to come to Australia and push us around.”

Australia needs to MUSCLE UP when it comes to defence NOW, or risk losing everything our forefathers fought tooth and nail for.

We NEED cheap, reliable energy. That means three new HELE coal-fired power plants on the eastern seaboard and the legalisation of nuclear energy.

We NEED nuclear submarines within the next five years…not in sixteen years as we’ve been promised under the new AUKUS agreement.

We NEED to stand up to Chinese foreign ownership in Australia. It’s just NOT good enough that Communist China owns the Port of Darwin and the Port of Newcastle.

It’s a DISGRACE that Xi Jinping owns millions of hectares of our prime agricultural land. It is SICKENING that Beijing controls unspeakable amounts of our water after it was all privatised in the name of protecting the environment. And it is CRIMINAL that our universities have become reliant on Chinese international students.

We MUST stand up against our political and corporate elites who bend over backwards for China. For instance, just ONE Chinese billionaire Huang Xiangmo funded NSW Labor leader Chris Minns’ trip to China, donated hundreds of thousands to Labor, led to the demise of Sam Dastyari and has now been kicked out of the country after ASIO found he was meddling in our politics.

Finally, we NEED to BELIEVE in Australia once again.

As so many patriotic Australians have said for over a century now, we CAN be a superpower.

We HAVE incredible endowments of the world’s best coal, iron ore and uranium. We HAVE unbelievable amounts of water up north and some of the most fertile soil in the world down south. Perhaps even more importantly, we HAVE some of the best and brightest minds in the world.