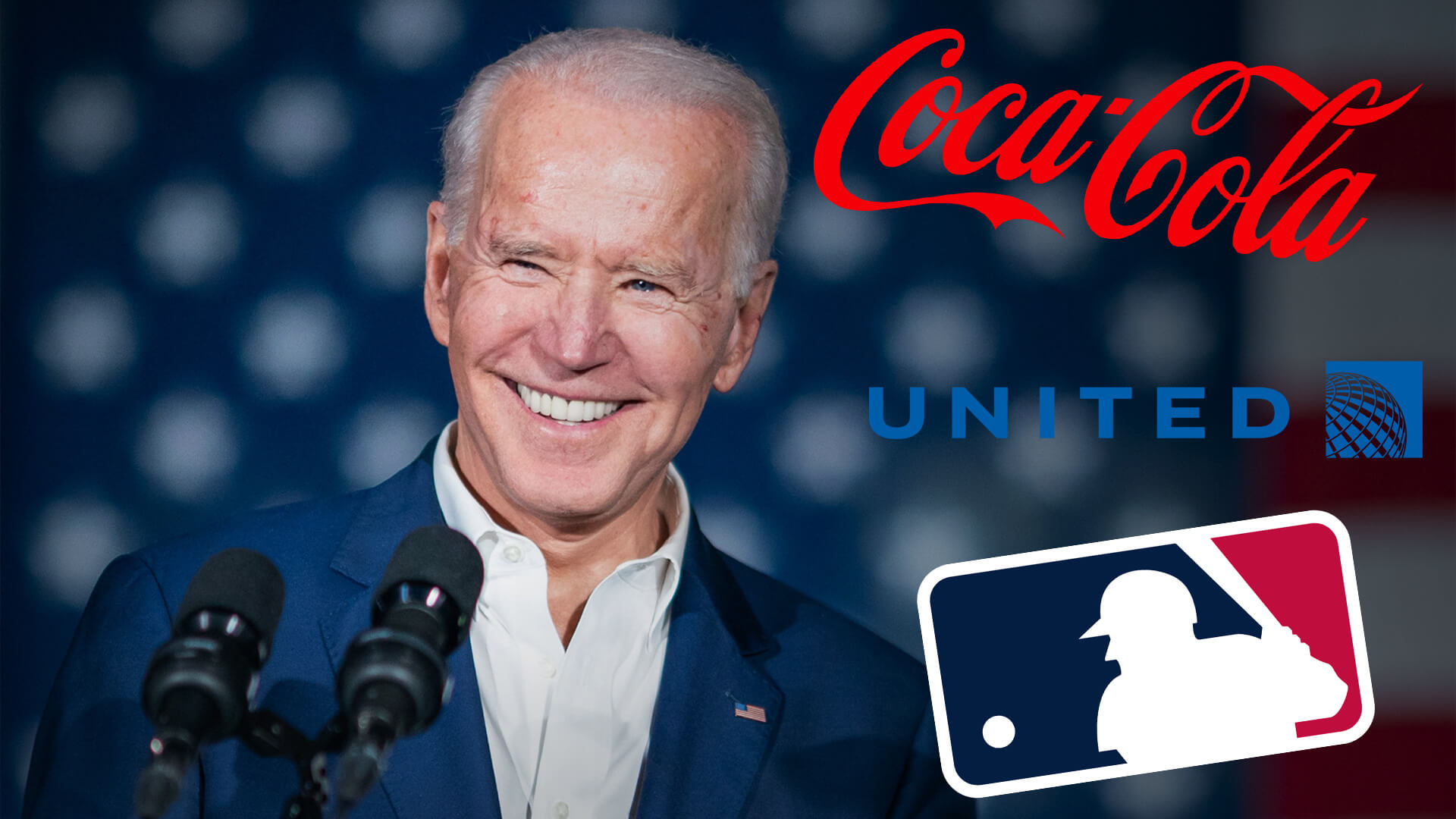 Australians already have so much to worry about at the moment.

And future Australian voters are taught in school that “tackling climate change requires large-scale, systemic change” and “you don’t have to be racist to have white privilege” as all “white people get perks”.

As if all this wasn’t already enough, there’s one more threat Australians will have to combat, and it’s now reached full flight in the United States.

The answer is “woke” corporates.

Since Biden became President, some of the world’s largest multinational corporations have become so empowered, they’ve revealed the true extent of their hatred for Western civilisation, democracy and anyone even slightly associated with the conservative side of politics.

In the last week alone, Coca Cola, Delta Airlines and the Major League Baseball have attempted to bully the Georgian House of Representatives into passing what Biden and his corporate cronies call the state’s new “Jim Crow” compulsory voter ID laws.

So, how exactly do the new voter ID laws oppress “people of colour”, to use the latest preferred lexicon of the wokerati?

Well, they force voters to provide some form of basic identification before they cast a mail-in ballot, with methods including a driver’s license, social security number, free state ID or even a utility bill.

No wonder the CEOs of Coca Cola, Delta and the Major League Baseball are so aghast, regardless of the fact that 70 per cent of Americans believed voter ID laws were necessary to stop fraud in 2012.

Quincey asserts that the legislation voted for by the elected representatives of the Georgian people is “unacceptable”, “a step backwards” and fails to “promote principles which we’ve stood for in Georgia around… ensuring election integrity.”

Never mind the countless African American lives lost to sugar-induced diabetes Mr Quincey! We’re sure Coca Cola had nothing to do with that.

Next was, CEO of Delta, Ed Bastian, who declared he’s trying to “protect” his “very very large black employee base” which is “almost universally hurt by the law”.

Is Mr Bastian saying black people get “hurt” every time they’re forced to provide a “valid US government-issued photo ID or passport” before boarding Delta flights?

The last to join the bandwagon was the Major League Baseball which announced it will move the 2021 All-Star Game out of Georgia because its CEO “opposes restrictions to the ballot box”.

What does that even mean?

Will the Major League Baseball start lobbying the Biden administration for the extension of federal voting rights to non-citizens in solidary with anti-racism?

Although all this is happening on the other side of the world, Australians can’t be complacent.

Afterall, much of this “woke” corporate rubbish has already inflicted vast swathes of the elite Australian business community.

With no ID needed to vote in Australia, we wonder how ANZ, UNSW, First State Super and our mining magnates would react to the implementation of compulsory voter identification here.

Perhaps we put it to the test…