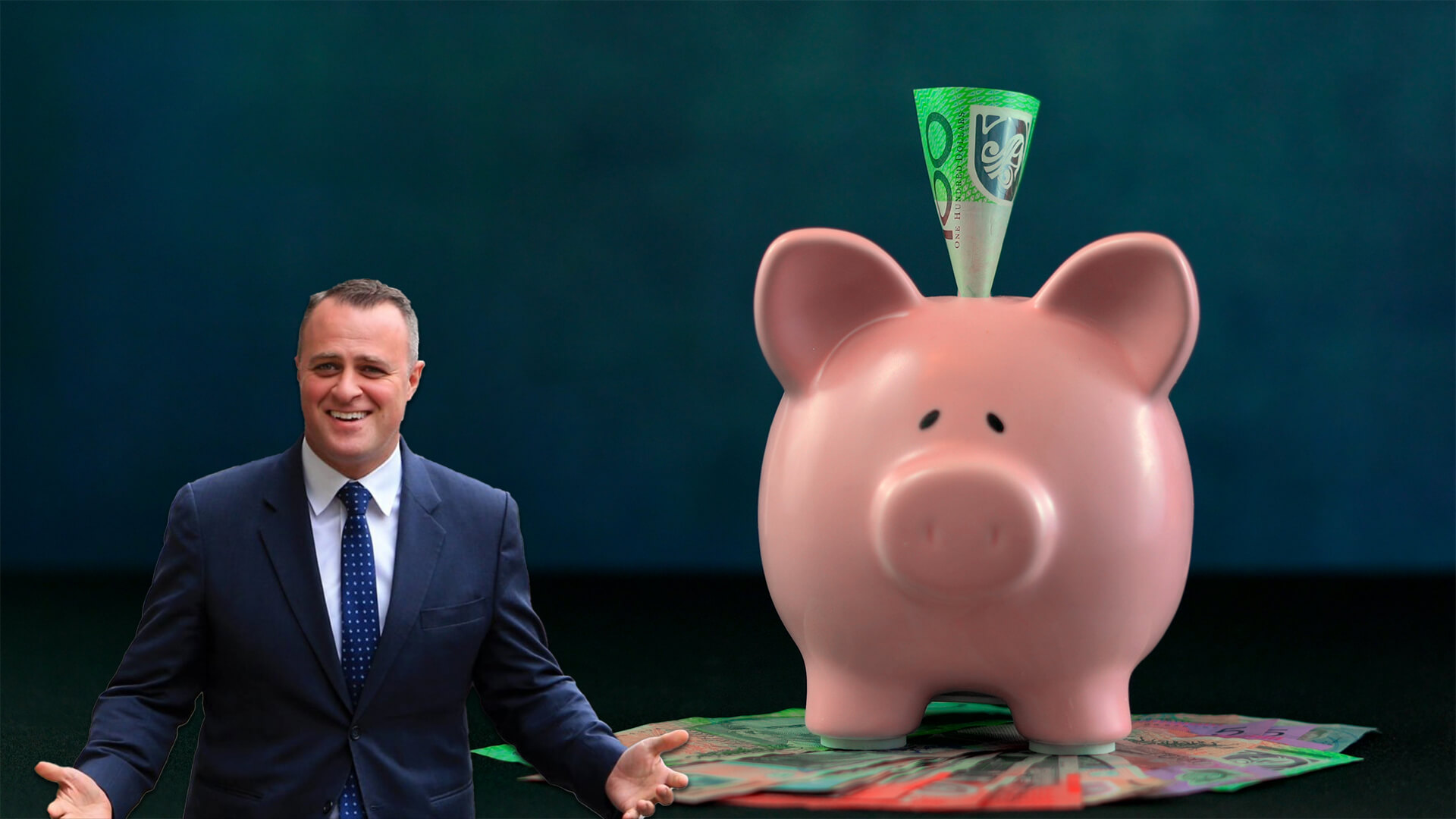 ‘Modern Liberal’ Tim Wilson – the bloke who proposed to his boyfriend on the floor of federal parliament – wants to use your retirement savings to fund his green fantasies.

As reported by the Herald Sun, Wilson “wants to see industry super mined to make Melbourne the home of renewable energy finance for the world”.

“Melbourne’s economic strength came from cheap coal electricity which powered competitive manufacturing. Despite myths, manufacturing continues to thrive, adjusting to changing global demand. The same is now true with energy, and we need cheap energy to back competitive sectors to grow jobs. Long-term, future-focused finance should be geared to lay the foundations of cleaner economic growth for all.”

Shame on you, mate!

First of all, it’s likely Tim doesn’t even believe what he’s saying.

Only nine years ago while working at the Institute of Public Affairs, Wilson declared “it’s time Australia recognised reality, followed other developed countries out of the United Nations Kyoto Protocol and ditched the carbon tax it helped create”. He called for the abolition of the Climate Change Authority and even labelled Tony Abbott’s compromise – the Direct Action Policy – as an “undesirable solution”.

Now the same bloke is one of the strongest Liberal supporters of net zero emissions and actively brushed off calls from within the government for a fresh inquiry into the big banks’ decisions to stop lending to coal companies!

After obviously getting bored of the Institute of Public Affairs, Wilson then moved onto a new job as Commissioner of the Human Rights Commission after calling for its abolition only a couple of years earlier.

As Commissioner, Wilson ran up more than $77,000 in taxpayer-funded expenses during his first year on the job, spending almost $15,000 on taxis. These were in addition to his $332,000 salary package and $40,000 accommodation allowance. He also claimed an iPhone, an iPad, a laptop and a $1400 standing desk. He spent about $11,000 on business class airfares abroad and $26,000 on domestic fares, including $10,800 for his partner. The taxpayer also picked up a $17,800 bill for meals and other expenses while travelling.

Next for Wilson was a move to the Goldstein electorate so he could run for the safe Liberal seat held by former Trade Minister Andrew Robb – the man who sold the Port of Darwin to the Chinese Communist Party controlled Landbridge Group, only to accept a job at Landbridge paying $880,000 per annum after retiring from politics.

Memo to ScoMo: weren’t you guys looking to take back the Port at some stage this year, mate?

Although he secured the keen endorsement of miserable ghost Malcolm Turnbull, a four-page pamphlet by the “Bayside Community Coalition” was circulating that read: “Tim is a danger to our families, schools and the local community. Tim's homosexuality is not the problem. It is his unrelenting campaign for gay rights issues and waste of taxpayers' money.”

In his first significant decision as an MP, Wilson supported Malcolm Turnbull’s decision to knife one of the most popular Prime Ministers in Australian history: Tony Abbott.

While supposedly representing his electorate, Wilson spent his time doing an online degree at Cambridge University called “Business and Climate Change: Towards Net Zero Emissions” to complement his degree from Murdoch University on “Carbon Management”.

And now, Wilson is in Sydney hanging out with Dave Sharma at the Double Bay Sailing Club to celebrate how working-class Australians are financing the exclusive clubs’ solar panels thanks to the Morrison government’s “Powering Communities Program”.

So, in summary, Wilson’s entire career has been advanced off the back of other people’s productivity and success.

He enjoyed Gina Rinehart’s donations to the Institute of Public Affairs as former policy director; he enjoyed his taxpayer-financed life of luxury as Australian Human Rights Commissioner; and he ensured he remained on the gravy train by running for the safe Liberal seat of Goldstein.

Unfortunately for Tim, however, the ride on the gravy train may be up, given former ABC journalist Zoe Daniel is running against him on a platform of climate action, integrity and equality.

The worst party for Tim?

Good luck finding any campaign manager who could differentiate your woke green policies from hers … apart from the integrity part, of course.