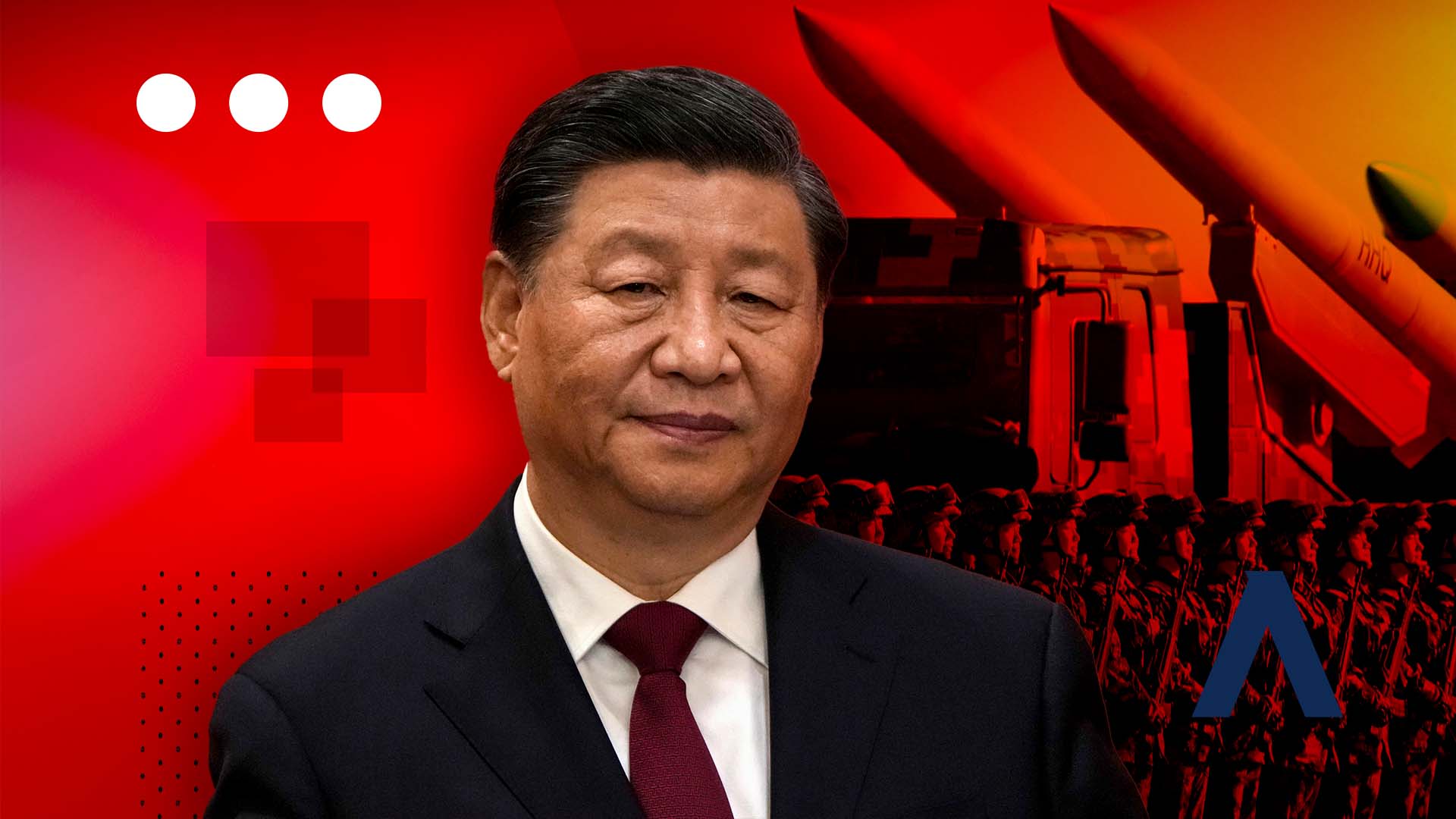 While Australia’s elites are busy backing Albo’s woke Indigenous Voice and working out how to cancel Australia Day, the Chinese Communist Party is preparing for war.

According to a new dossier put together by former analysts from Defence and the Rand Corporation, Beijing can now launch land-based DF-26 intermediate-range ballistic missiles from their new Mischief Reef base in the South China Sea.

From the new Mischief Reef base (which only became operational a few months ago), the DF-26 Chinese missiles have the ability to hit the Northern Territory, Townsville and the top half of Western Australia with ease.

This means China can now destroy our key ADF facilities in the north with the press of a button, including the sensitive joint Australian-US Naval Communication Station Harold E. Holt near Exmouth, Western Australia.

The good news is that Labor seems to be keeping tabs on the situation.

Defence Minister Richard Marles says we are “witnessing the largest military build-up anywhere in the world over the last 70 years”.

He said while AUKUS flagship focus was the Royal Australian Navy’s future acquisition of nuclear-powered submarines from the US and UK, so too were other joint programs and that would require a three-way industrial military manufacturing base.

“We must invest in capabilities that enable us to hold potential adversaries’ forces at risk at greater distance and increase the cost of aggression against Australia and its interests,” he said.

The bad news is that we won’t get nuclear submarines until the mid-2030s.

The United States and United Kingdom are facing economic, social, political and defensive instabilities the likes of which we haven’t observed since the height of the Cold War fifty years ago.

…and we can’t have any low-cost heavy manufacturing in Australia with sky-high power prices that rely on Chinese-made solar panels and wind turbines.

Australia’s politicians and bureaucrats need to get their priorities straight.

Forget woke posturing like Albo’s Indigenous Voice – a divisive, race-based policy that will do nothing to help struggling Indigenous Australians in remote Australia.

Drop the rubbish about cancelling Australia Day – another divisive attack on Aussie culture that will do nothing but create racial tension and animosity.

Stop the obsession with ‘Net Zero’ and vandalising our once cheap and stable power grid with weather-dependent wind turbines and solar panels that are made in Chinese factories.

We need a long-range strike capability. That means more missiles, new submarines within five years and a stronger defence force.

…and we need a class of politicians and bureaucrats who understand that defence and energy security is more important than woke virtue-signalling and appeasing unelected climate-obsessed UN bureaucrats.

That means clearing out Canberra…

That’s why ADVANCE needs your help.

Join our campaign to convince Peter Dutton to drop his support for ‘Net Zero’: https://www.notzero.com.au/

…and join our campaign to save Australia Day from the cultural vandals: https://www.advanceaustralia.org.au/petition_2201_australiaday