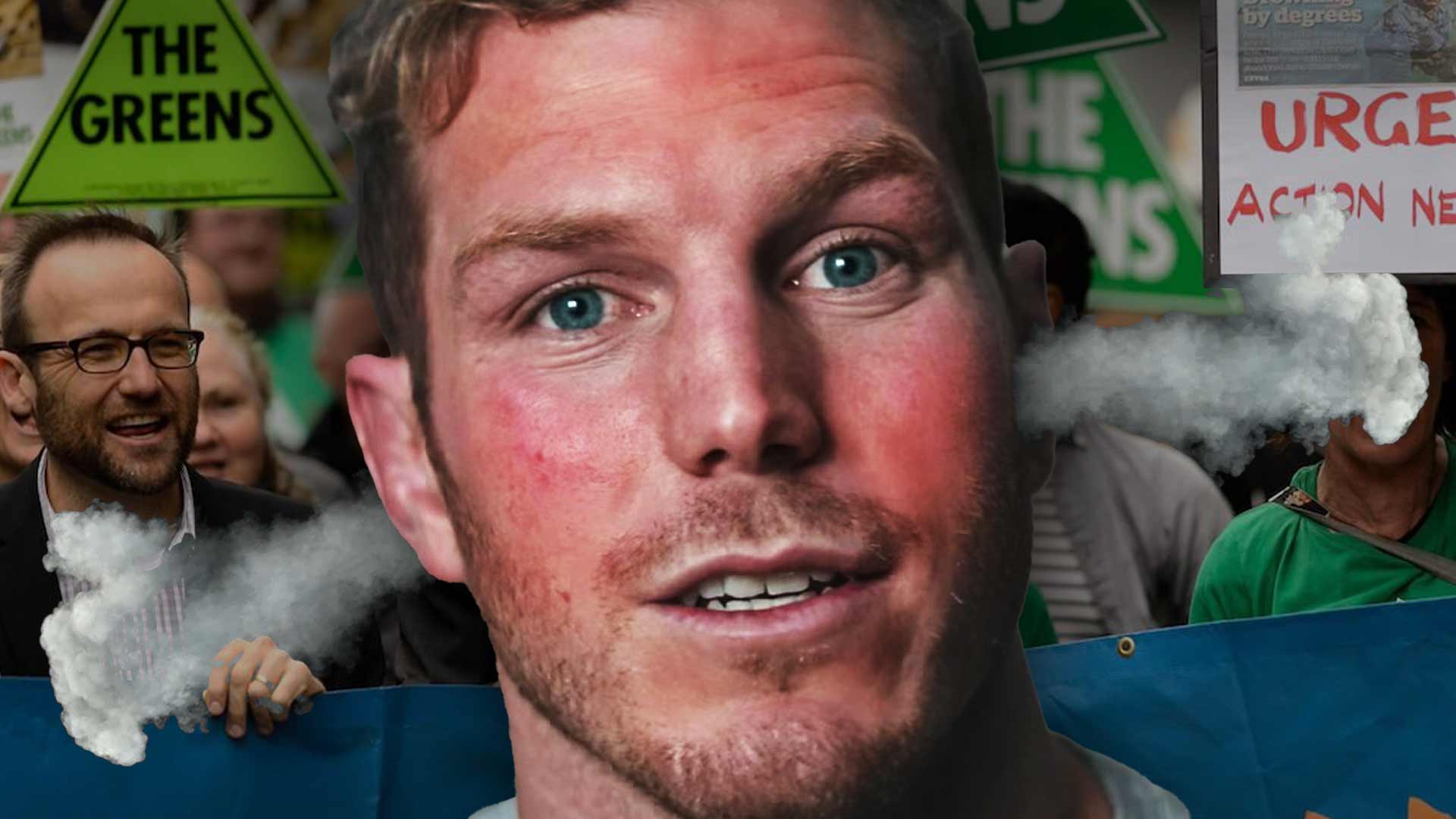 Yesterday, ADVANCE reported on David Pocock’s pathetic whinge about our campaign that likened him to a candidate for the Greens.

The former Wallabies captain turned Climate 200 candidate for the ACT Senate at the May 21 election said ADVANCE and our 200,000+ supporters are running a “smear campaign” of “lies” against him. He concluded that we’re “another example why federal political truth in advertising laws are so badly needed”.

It’s clear poor old David has forgotten his decision in 2014 to chain himself to a coal mine digger for 10 hours before getting arrested and detained by Narrabri police.

If that doesn’t make David a green activist, ADVANCE doesn’t know what does…and unfortunately for the footy great, this is hardly the first time he’s made a fool of himself in the last few days.

Speaking to local radio on Monday, Pocock said he isn’t running for the Greens because he has “no interest in towing a party line”.

He then waffled on about defence to avoid the question he clearly didn’t like, only to conclude that “when it comes to climate action, we’re being left behind on something that is a huge economic opportunity”.

“We have to ensure that we get the right policy in place so that households are benefiting from climate action, so bills are coming down and that low-income households aren’t being left behind. Our future could be really exciting if we got away from this short-term thinking and the politics of fear we see every election,” he said.

In other words, Pocock isn’t running for the Greens because the party of Adam Bandt wouldn’t preselect him even though he shares practically all their views.

Pocock believes in disruptive protest to get his point across like the unhinged mob called Blockade Australia who’ve spent the last few months blockading Port Botany, Port Newcastle and the Spit Bridge and inconveniencing hundreds of thousands of workers and commuters.

He thinks moving towards net zero emissions via the rollout of renewable energy is a “huge economic opportunity”.

To whom is this economic opportunity awarded, David? Could it perhaps be to your backer Simon Holmes a Court – the founding chairman of Hepburn Wind Farm which made a tidy $354,546 profit after tax in 2021 even though it only produced $293,815 in electricity (thanks to the sale of $241,739 worth of renewable energy certificates and a large government grant of $1,010,264)?

The former footy player reckons renewable energy will bring power bills down even though the evidence from European energy and gas shows prices went up by tenfold last northern winter because wind turbines and solar panels froze.

And as if it couldn’t get any more absurd, Pocock reckons it’s our side of the aisle that is drumming up “politics of fear”.

David, it’s your side that tells impressionable children that the sky is about to fall in unless we reach net zero emissions in ten years.

Isn’t it your side who has scared younger generations into not having children because of the threat of climate change?

And isn’t it your side that tells poor countries that they’ll be underwater unless the rich countries buy solar panels and wind turbines from the Chinese?

Although it’s hardly surprising to see this sort of behaviour from a bloke who chained himself to a coal mine digger for ten hours, ADVANCE and our supporters won’t let it be excused…especially when he’s making himself out to be some sort of independent beacon of truth.