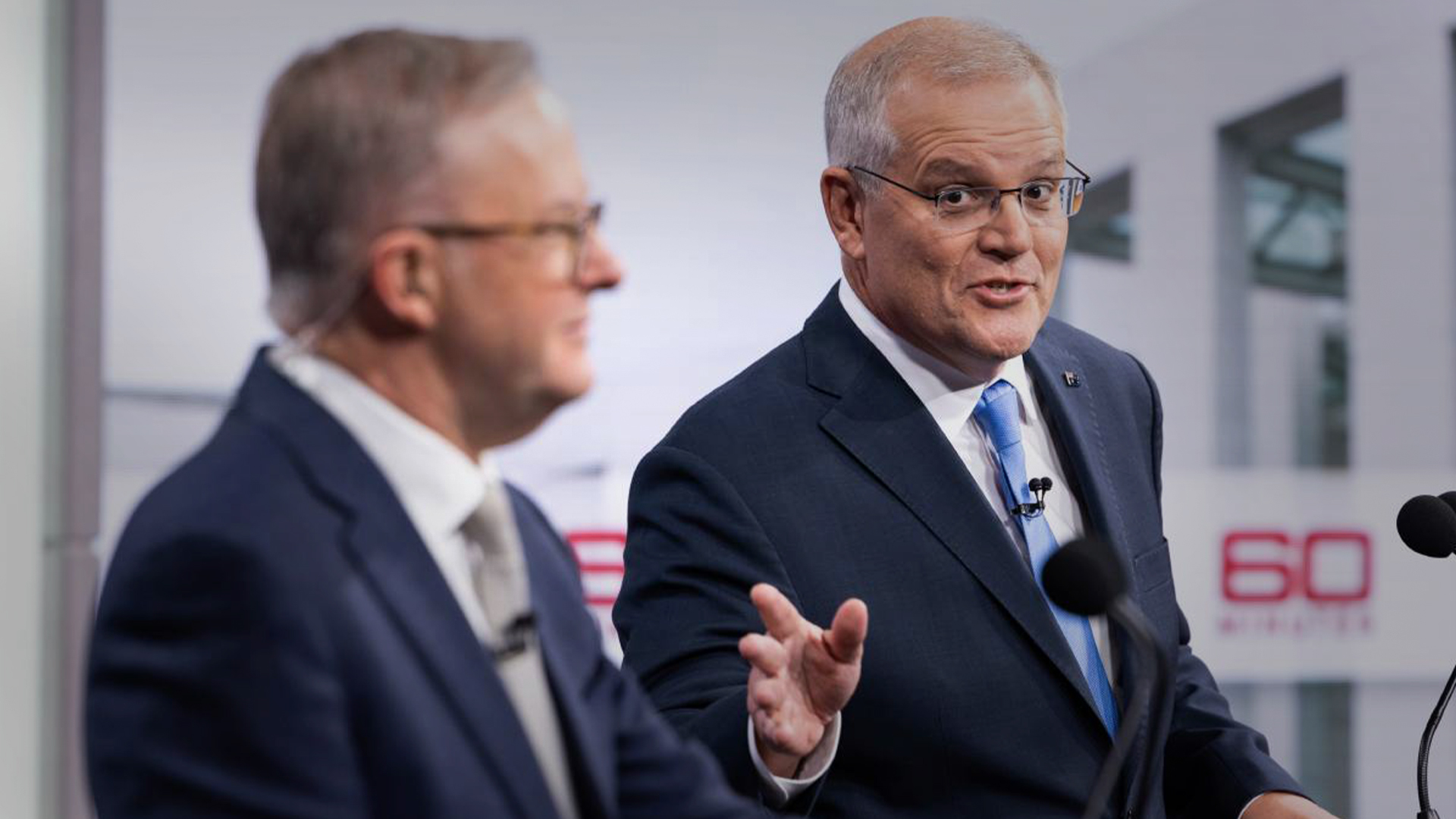 Although it was great to see the PM assert his dominance over the unbelievably gaffe-prone Albanese on live television, there was absolutely NO clarity about what a Labor government would look like if they win on May 21.

For example, instead of addressing specifics about how he’d achieve net zero and reduce energy prices for struggling households and industry, Albo could only give us shallow slogans about how green energy is the future.

Instead of addressing how he’d reduce the cost of living amidst international supply chain breakdowns and runaway inflation, he could only tell us he “has a comprehensive plan”.

And instead of outlining how he’d deal with Chinese Communist Party expansionism in the Indo-Pacific, Albanese only had the courage to sledge the Morrison government for not being proactive enough over the last decade.

The conclusion from all of this?

Sure, he’s not a bad opposition leader. He knows how to undermine the sitting government with snappy euphemisms and catchphrases. He knows how to take advantage of media bias. He knows how to differentiate himself from Scott Morrison and appeal to people as a more likable, laid back sort of a bloke.

But he just doesn’t have what it takes to lead the nation…and it’s because he has NO grand vision for Australia.

There was no mention of a new coal-fired power plant.

There was no mention of nuclear energy.

There was no mention of the Beetaloo Basin, and the incredible gas reserves Australia should be extracting in the Top End.

There was no mention of any tangible reforms to the Coalition’s defence policy.

And there was no mention of bringing back manufacturing to Australia unless the sentence began with green energy.

But he’s not sure how to pay for it apart from printing more money and taking on more debt!

In fact, it appears the man isn’t particularly sure about anything!

In the slam-dunk of the debate, ScoMo accused Albo of flip-flopping over a raft of policy issues including negative gearing, boat turnbacks, tax cuts and government subsidies to build a gas-fired power station in the NSW Hunter Valley.

The PM is, of course, bang on the money.

It looks like Albo isn’t even sure about his own career progression. Again, as ADVANCE reported a month ago, the man was NEVER an “economics adviser” to Bob Hawke as he claims to be. Instead, he was merely a “research officer” to Tom Uren - a hard-left out-of-cabinet minister – who called him an “activist” and “one of the main organisers of the Left in NSW”.

As the Prime Minister said, “given you have changed your mind on so many things you are passionately against, how can Australians believe you are now for them?” Mr Morrison said.