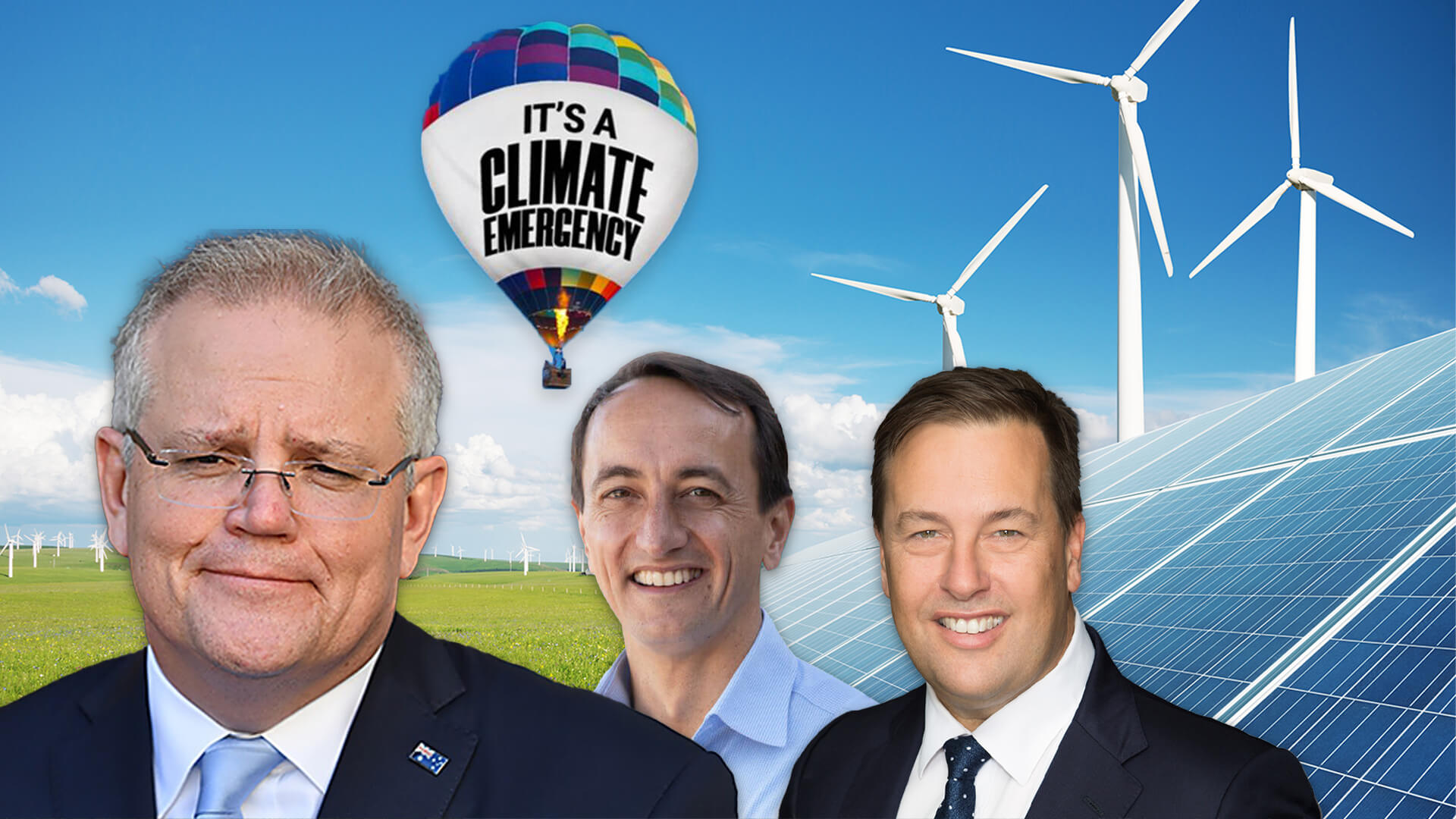 It's shameful how often Australians need to remind their politicians why they were elected.

Five days before the 2010 election, Julia Gillard promised there’d be no carbon tax under a government she led; and yet announced her intention to introduce a carbon price as PM only six months later.

After Tony Abbott took 31 seats from Labor with his anti-carbon tax agenda in the 2013 election, Malcolm Turnbull knifed him in the back and signed us up to the Paris Climate Agreement.

And now, it looks like Scott Morrison will soon implement a net-zero emissions policy in anticipation of the Glasgow UN Climate Change Conference scheduled for November; even though his base voted against Bill Shorten’s net-zero policy in 2019.

How do we know this?

Well, according to The Australian newspaper, the “Prime Minister’s department has created a senior position to coordinate the government’s climate strategy and provide advice about emissions reduction”, with career bureaucrat James Larsen getting the job.

Larsen – who has previously acted as Bob Carr’s chief of staff, Australia’s ambassador to Israel, Turkey and Azerbaijan, and deputy secretary of the Department of Agriculture, Water and Environment – has been given a mandate to create a strategy around net-zero emissions.

As reported in The Australian, government sources say there is a growing expectation among Liberal MPs that the PM will commit to net-zero before the Glasgow UN Climate Change Conference in November.

Even more concerning is how many Liberal MPs are now privately arguing the National Party’s pro-coal advocacy lost more seats than it won at the last election, which has resulted in the party being forced to spend “millions” on retaining once safe seats in Sydney and Melbourne.

Unsurprisingly, the usual suspects are involved.

Self-described “modern Liberal” Dave Sharma – the bloke who told Advance Australia supporters to “get over” the “inevitable energy transition” to renewables – claimed Mr Larsen’s appointment shows the government is “going to step up our international advocacy efforts on climate change”.

Patrick Suckling, Australia’s Ambassador for the Environment until 2019, revealed he “wouldn’t be surprised if the government signed up to net-zero by 2050 at some stage this year”.

While Jason Falinski said the creation of the climate change co-ordinator “continues our journey towards net-zero by 2050”, adding: “It is a positive sign and shows we are committed to taking action.”

Jason, what’s the point of democracy if electoral mandates are repeatedly disregarded to appease special interest groups, foreign government and unelected bureaucrats in the United Nations?

Why should we sacrifice our energy security and competitiveness by abandoning coal-fired power, when the CCP opened more coal plants than the entire world closed in 2020?

And who are we to think we can change the climate when Australians produce only 1.3% of global emissions, with only around 30% coming from our fossil fuel-fired power industry?

Haven’t these people learned from the disaster inflicted upon the West Australian Liberals after Zak Kirkup announced his new policy to shut down all state-owned coal-fired power plants by 2025 and reach net zero by 2030?

As former Prime Minister Tony Abbott said “as a political philosophy, ‘if you can’t beat ‘em, join ‘em is a recipe not just for defeat but for ruination because what’s the point of a party which is hardly different from Labor”.

It appears this is exactly what Dave Sharma, Jason Falinski and their “modern Liberal” mates Matt Kean and Malcolm Turnbull want for the future of their beloved party…