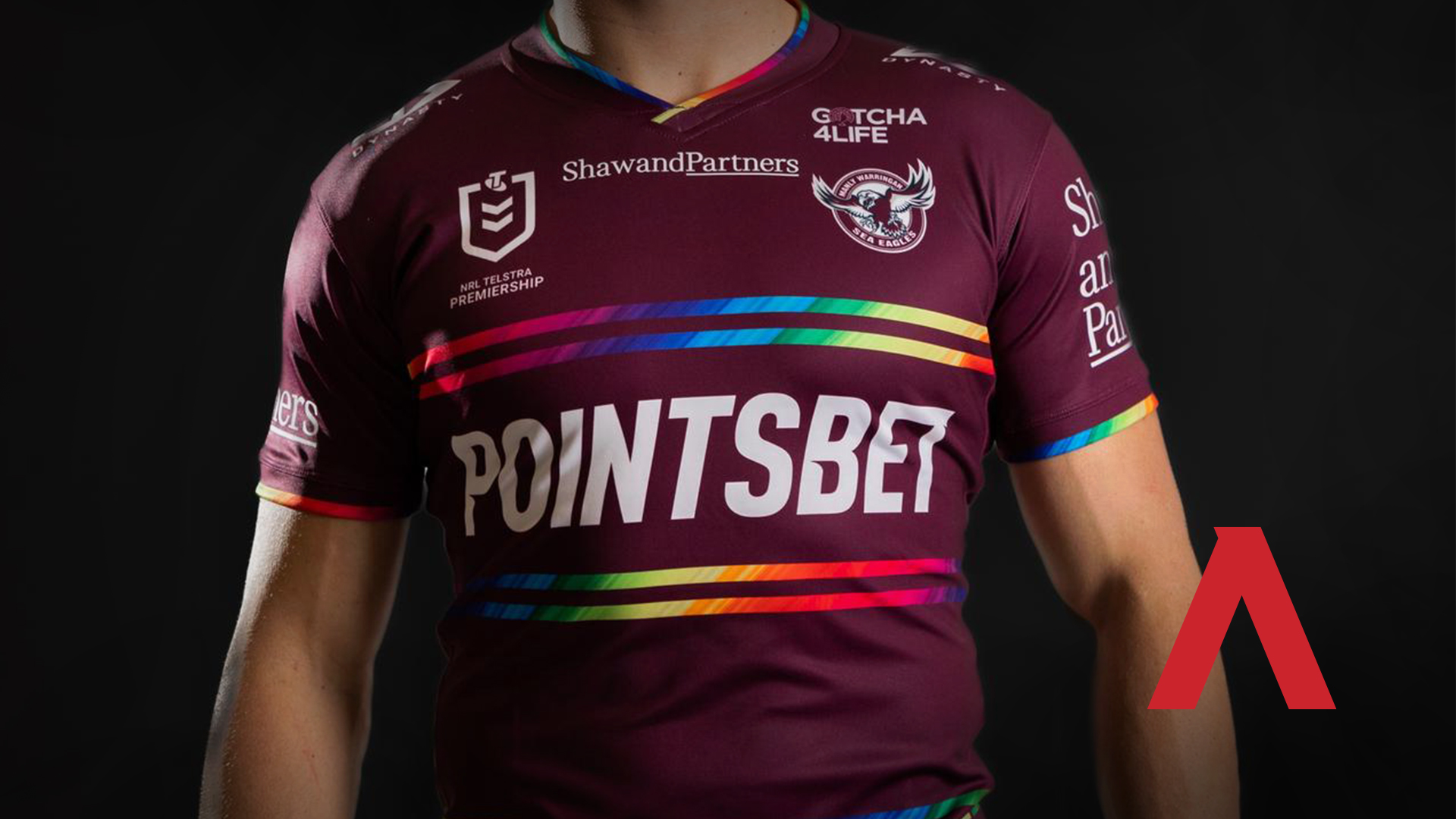 Woke elites are trying to split Australia in two.

First, there’s the ordinary Australians. These are typical Aussies who go to work to put food on the table for their families. They love sport, their country and haven’t forgotten common sense and mainstream values.

Then there’s the woke elites. These people go to work to impose their political positions on their colleagues. They see sport as a vehicle for their green and rainbow agendas. They hate Australia and rewrite history to undermine our national pride. Instead, they want Australians to exclusively invest their pride in the woke political movements they chose.

The Manly Sea Eagles saga is the latest example.

On Monday night, Manly players were informed (out of the blue) that they’d be forced to wear a rainbow-themed jersey for their clash against the Sydney Roosters on Thursday night – even though for weeks the jersey had been promoted throughout the circles of the elites who own and support the club.

Two weeks ago, Manly sent Hollywood actor Hugh Jackman the new rainbow jersey and posted a photo of him wearing it on social media. Actor Chris Hemsworth also got the package.

But many of the players weren’t having a bar of it, especially four nights out from a critical game... and rightly so.

In response to being blindsided, seven Polynesian players decided not to play in the jersey…and the media have lost their minds.

The players have been demonized as “intolerant”, “bigoted”, and deserving of being sacked.

Pirate Pete Fitzsimons – husband of disgraced woke Channel 10 journalist Lisa Wilkinson – wrote, “the short answer for all seven should be ‘no probs, and good luck with your new club’.”

NSW Treasurer Matt Kean wrote on Twitter, “someone tell those seven Manly 🦅 players the 🌈 isn’t contagious but wearing it might make them better for showing #pride and #respect for different people. If there’s a #nrlpride round next year, I hope the mighty dragons 🐉 go red, white and rainbow!”

And of course, the Manly coach, Des Hasler, issued a groveling apology while the elites who made the decision hid in the shadows.

This is a warning to Australia.

Corporate elites want YOU to bow to woke virtue-signaling in the workplace or face humiliation and sacking.

It’s no longer good enough to tolerate values and behaviours you don’t support. Now you need to celebrate and be proud of them, otherwise you’re a bigoted racist homophobe.

There’s now a gross double standard when it comes to the treatment of Christians and Muslims. Remember Haneen Zreika – the Muslim women’s AFL player who refused to wear a special rainbow jersey for “religious reasons”?

Of course, you don’t! There was no media fanfare and no hysterics from the rainbow community.

Meanwhile a poll by The Australian shows that 83 per cent of Australians said they players shouldn’t wear the rainbow jersey.

Players are being excluded for wearing an “inclusive” jersey.

And those who are criticising Christian players have forgotten that respect and acceptance is given freely, not under threat.

Manly’s decision to impose the political opinions of its owners on its players and the sport has upset everyone.

The Christian community feels like they no longer have the right to live by their values.

Vulnerable members of the rainbow community are obviously upset.

And the players who stood by the beliefs have been demonized by the media and their supporters in the major political parties.

Perhaps next time stick to playing footy and winning games…