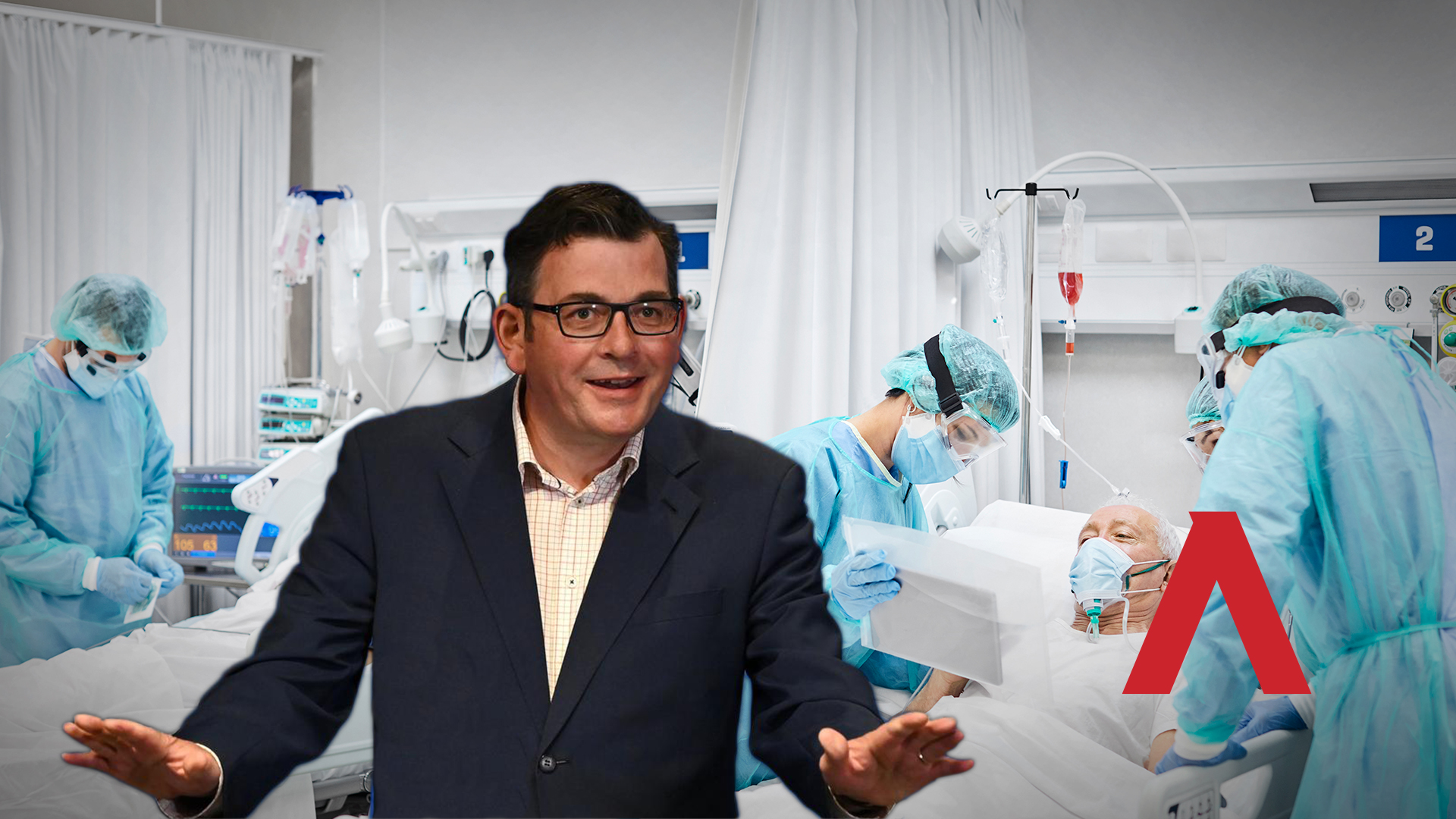 Dictator Dan Andrews is a mastermind at distracting the media and Victorians from the truth. This time his government is using the COVID-19 pandemic as a scapegoat for the DISGRACEFUL standard of Victoria’s health system.

The bad news coming out of Victoria is heartbreaking:

All within a week in July. Dictator Dan’s response? None. The bloke is on holiday after taking a pay rise.

COVID might be the straw that breaks the camel’s back, but pollies and “experts” seem intent on blaming the virus – AND VICTORIANS – for the shocking state of the Victorian Healthcare system.

Last week the Chief Health Officer warned about a COVID surge and recommended - you guessed it - more mask mandates. While acting Premier Jacinta Allen hasn’t implemented the advice, the Andrews government isn’t letting go of their control. Allen said that “Any measures (will be) considered appropriately by the Health Minister,” and just last week Dictator Dan extended his pandemic powers another three months.

President of the Australian Medical Association of Victoria Dr Roderick McRae said “ the healthcare system is at “breaking point," and that while a small percentage of people with the virus needed to be hospitalised, those patients would still further overwhelm the healthcare system.

"So something has to change because the healthcare system is at breaking point."

The ‘something’ that has to change is the Premier.

Dan Andrews has had two terms to improve Victoria’s health system and has failed. He’s known about COVID-19 for nearly three years, and has refused to follow through on promises to improve health.

He’s had a revolving door of health ministers during his latest term and no one has been able to get the job done. Now that it might collapse, Dan and his mates are looking for anyone to put the blame on, including Victorians “not doing the right thing”.