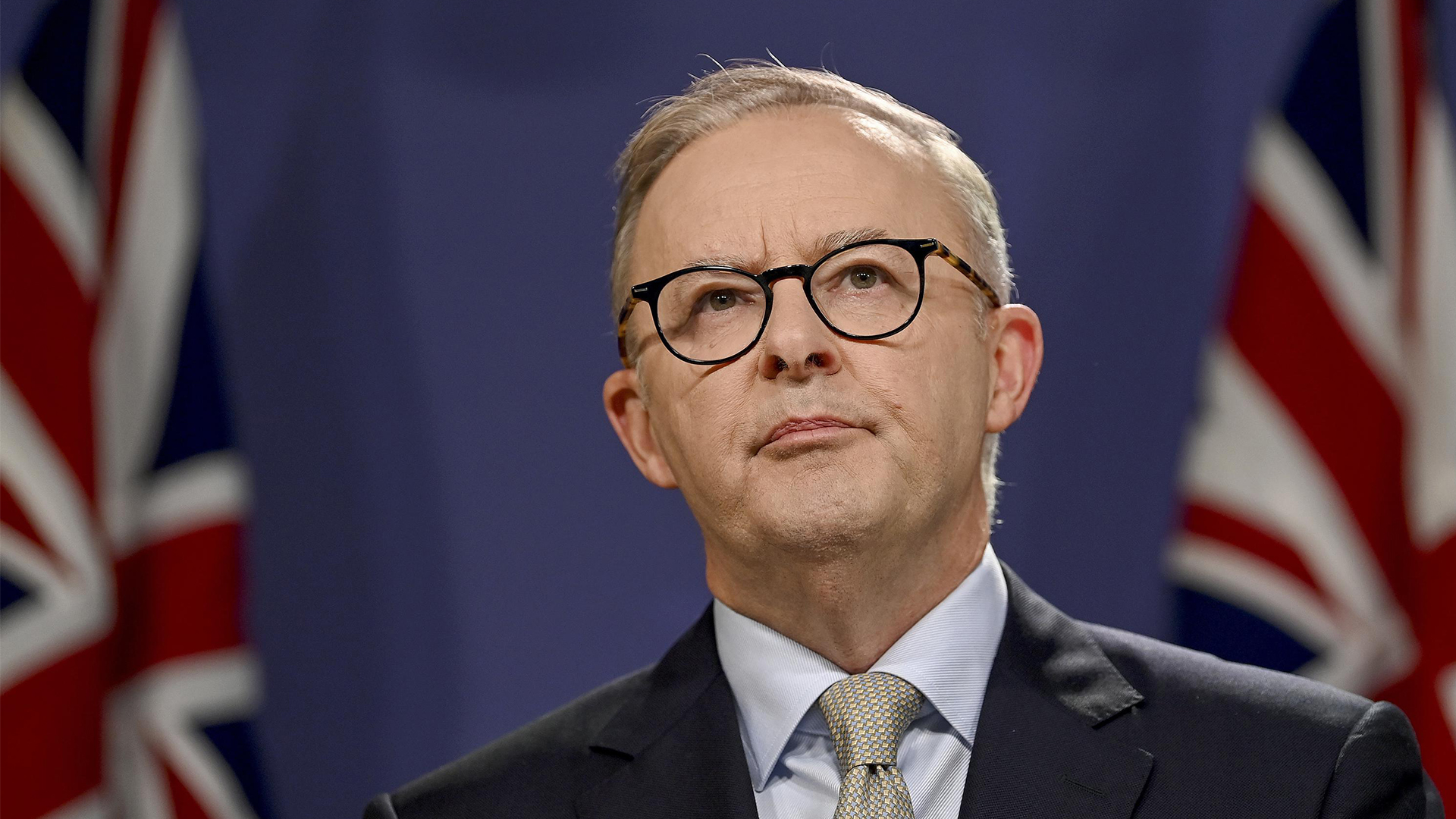 While hard working Aussie taxpayers struggle to put food on the table, each-way Anthony Albanese is throwing money around like a drunken sailor.

In the last 24 hours, Albo has announced he will create a new “mega-department of climate change, energy, environment and water” to implement his suite of climate policy measures, including the new 2030 emissions target.

Even more insane is Albo’s decision to ask Australia’s most senior intelligence chief, Andrew Shearer, to personally lead a review of the security threats posed by the climate crisis.

A spokesman for his office said, “like many governments around the world, the Albanese government does see climate change as a security issue, as well as being a central environmental and economic issue. The director general of the Office of National Intelligence will coordinate an assessment of the implications for national security of climate change.”

A spokesperson for defence said it would “provide input on defence-specific issues”.

The “security threats posed by the climate crisis”?

Are you referring to the “security threat” posed by the inability of our manufacturing sector to produce critical goods due to sky-high energy prices derived from Labor’s heavily subsidised, Chinese-made solar panels and wind turbines?

Any consideration for the “security threat” that may arise when blackouts become the norm every winter as parts of Sydney and Brisbane experienced last week?

It appears Albanese seriously believes the “climate crisis” is a security threat, and he’s willing to WASTE your money on irrelevant reports and studies into the “threat”, that will collect dust in some career bureaucrat’s Canberra office.

Meanwhile, eastern Australia has experienced the COLDEST start to winter in decades.

Research shows that 90 PER CENT of Pacific Islands are either growing or have not changed in size.

Natural disasters are NOT increasing in frequency and severity, and the number of deaths from them are decreasing.

Oyster farmers who’ve spent their entire lives watching tides and changes in the sea level have noticed NO change over their careers.

Photos of Fort Denison and Balmoral Beach from a hundred years ago show NO change in sea levels since.

Global forest cover has INCREASED over the last 30 years thanks to people using gas, coal and uranium to power their homes and factories instead of firewood.

And reserves of coal, gas and oil are GOING UP because of innovation in mining engineering and applied geology!

The takeaway from all this?

Anthony Albanese’s priority - while the Chinese Communist Party sets up a military base 1500 kilometres from the coast of Queensland - is to force our Defence Force to study the “climate crisis” even though all the evidence shows it poses ZERO threat!

Our Air Force would fight with 100 fighters, including 25 old Hornets, 25 F-35s not yet delivered by the US, as well as 15 patrol and 30 transport aircraft, including 10 small C-27 Spartans (that have been relegated to humanitarian operations).

The Army only has 60 tanks, 250 exhausted light armoured vehicles (that are slowly being replaced), 400 60-year-old armoured old carriers (scheduled for replacement later this decade), 50 pieces of towed artillery, zero self-propelled guns, and about 20 attack and 50 utility/transport helicopters (virtually all of which are defective or otherwise useless but will only be replaced after 2026).