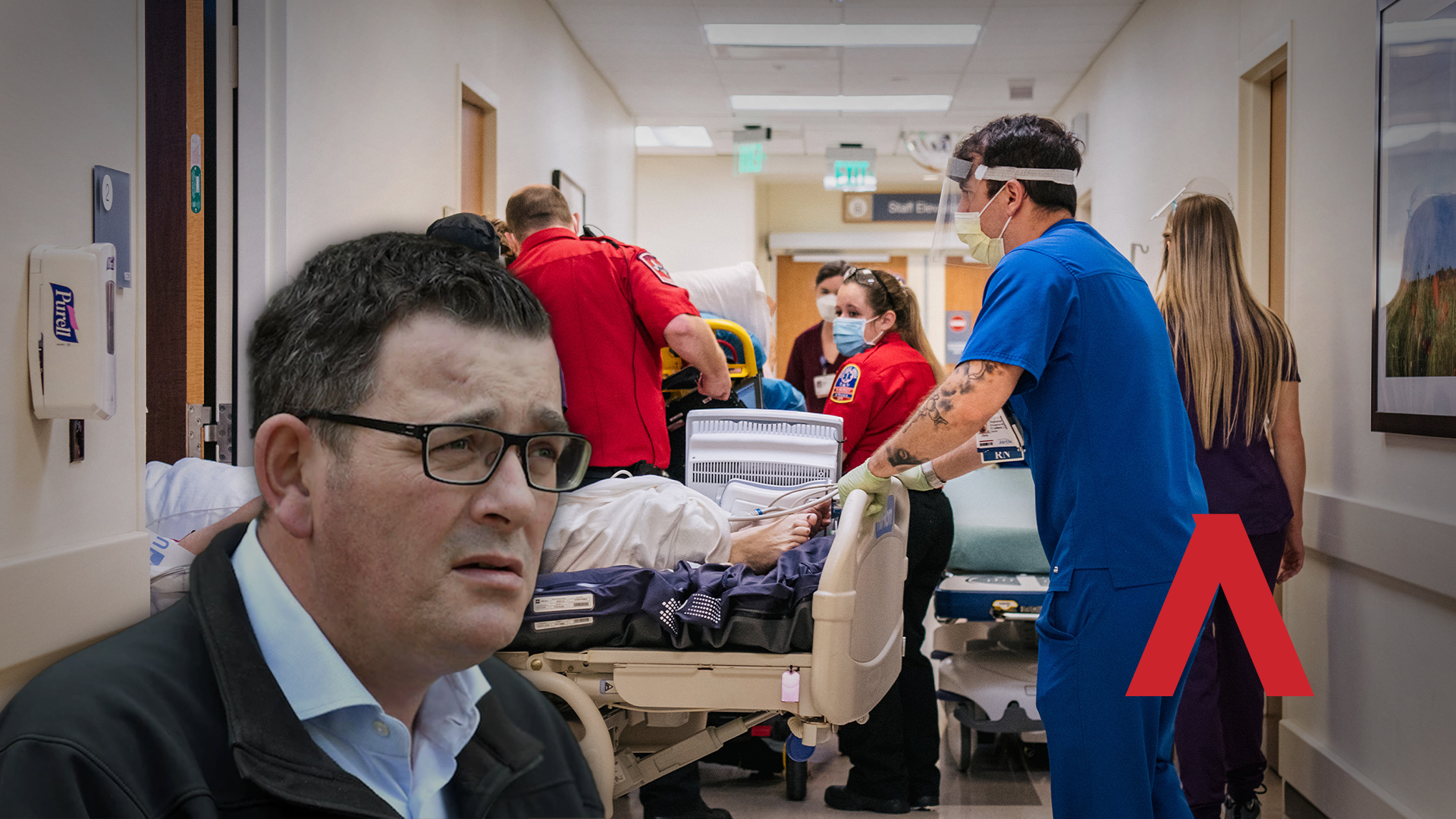 The Andrews government could be one of the greatest political failures in Australian history.

The Victorian economy is now CONTRACTING after going through the longest and harshest COVID-19 lockdowns in the world.

Tens of thousands of Victorians have FLED to New South Wales and Queensland in search of freedom and opportunities.

Victoria is about ro run out of gas, prompting the government to warn the state’s gas customers that “they may not receive their gas in a steady stream or at the correct pressure for their plant and appliances”.

The Andrews government has extended its DRACONIAN pandemic powers until October (just a month before the state election) and introduced a mask mandate by stealth in schools.

…and NOW Victoria’s hospital system is on the verge of going under.

“Some patients in Melbourne hospitals are being sent directly home from intensive care units instead of transferring first to general wards, which doctors say is highly unusual, and a measure of the shortage of beds across the system,” The Age newspaper reported this morning.

Meanwhile urgent category one surgeries are being rescheduled at several Victorian hospitals due to crippling staff shortages.

1000 nursing students (who will need to work under the supervision of a registered nurse) will be brought into hospitals to fill the labour shortages. Talk about a band-aid fix…

Victoria’s ambulance service reported a code red in Melbourne two weeks – a “soul-destroying situation” when non-emergency ambulances begin responding to cases, patients are rapidly offloaded at hospitals and lower-acuity patients are referred to other services, among other measures to reduce strain on paramedics.

Even worse, was the death of a baby who died in a regional Victorian hospital due to a lack of staff and the delay of an open-heart surgery for a five-year old boy with only an hours’ notice.

The response from the Andrews government? They’re blaming it all on COVID-19.

After two and a half years of dealing with the virus, the Andrews government still thinks this is an acceptable excuse.

Clearly, there’s been NO investment in the expansion of Victoria’s hospital system.

And people are dying as a result.

Victoria MUST vote Dan Andrews out in November.  For the state’s most vulnerable, it could be a matter of life or death.