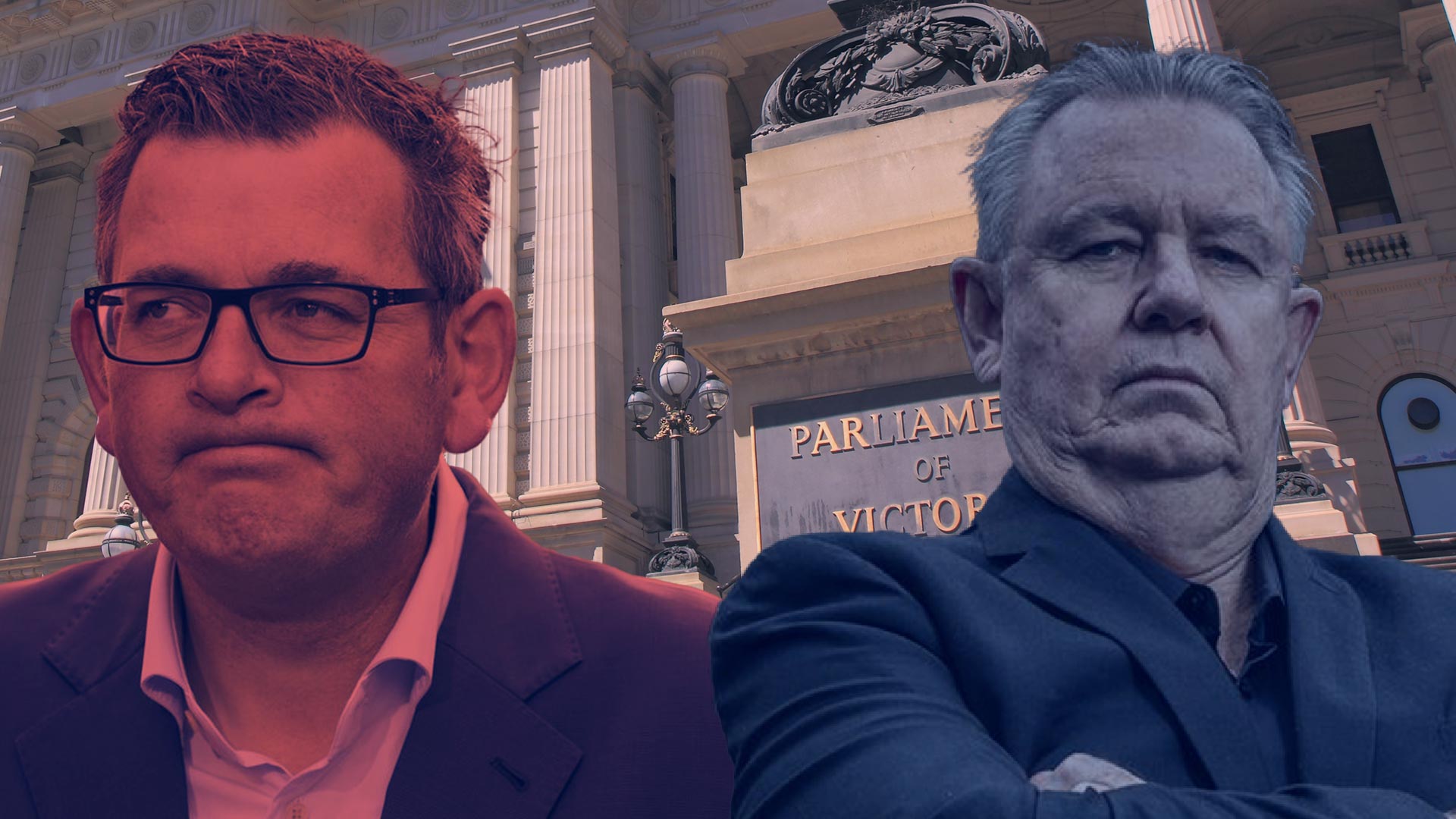 We have a chance to get rid of Dan Andrews in Victoria.

But we need YOUR help.

As reported in the Herald Sun on Monday, businessman Ian Cook has kickstarted his election campaign against Premier Daniel Andrews by signing 150 volunteers and raising $50,000 in donations.

Ian is running as an independent candidate in Andrews’ seat of Mulgrave for the upcoming November state election.

He says he is running on an anti-corruption platform – and, according to the Herald Sun, his supporters have dubbed his campaign “Cook versus Crook”.

But he is by no means your typical independent candidate.

In fact, Ian has some serious history with Andrews and now he’s fighting back to set things right.

As the Herald Sun reported, “forty-one workers lost their jobs due to the shutdown of Ian's company I Cook Foods in February 2019, ordered by then acting chief health officer Brett Sutton”.

“The father of two is continuing to fight in the Supreme Court in a bid to prove the forced closure of his Dandenong South business was illegal and the result of misconduct, sabotage and political interference.”

The forced closure came after a slug was found in the kitchen of his business, I Cook Foods.

A Dandenong Council health inspector has been accused of planting a slug inside the I Cook Foods facility to get the business shut down….

In response, thousands of people have rallied behind Ian and his business.

But, Ian said, “a lot of people have been telling me that they are choosing to donate under the $1080 threshold so it’s anonymous and they can stay off the Premier’s blacklist”.

“I’m hearing real fear of retribution out there in the community,” he said.

We’re not shocked at all, mate!

Andrews is a monster.

Follow the links below to see just a few examples why...

Dan Andrews has refused to answer questions about why his police force shot peaceful anti-lockdown protestors with rubber bullets.

He will never be held to account for having officers tell a 38-week pregnant woman she can't rest on a park bench during the one hour a day she was allowed out of the house.

He will never have to take responsibility for running a government that allows five police officers to surround two elderly women sitting on a Melbourne park bench, threaten to arrest them, and then snatch a phone off one when she tries to film the ordeal.

Dan now has the power to impose indefinite lockdowns, even if there were no cases of the virus in the country (new sections 165AE & 165AI)

He can imprison people without trial (new section 165BA(1)(b)

He can arrest people because of their religion, political beliefs, or ethnic background (new section 165AK(4)).

This year patients in Melbourne hospitals were sent directly home from intensive care units instead of transferring first to general wards, which doctors say is highly unusual, and a measure of the shortage of beds across the system.

Urgent category one surgeries have been rescheduled at several Victorian hospitals due to crippling staff shortages.

1000 nursing students (who will need to work under the supervision of a registered nurse) have been brought into hospitals to fill the labour shortages.

Victoria’s ambulance service reported a code red in Melbourne two weeks – a “soul-destroying situation” when non-emergency ambulances begin responding to cases, patients are rapidly offloaded at hospitals and lower-acuity patients are referred to other services, among other measures to reduce strain on paramedics.

Andrews has said “coal is a thing of the past”.

He banned exploration for new gas wells in Victoria back in 2017.

Gas prices have tripled since he was elected.

He “drove” the owner of Hazelwood coal-fired power station and Hazelwood brown coal mine “out of town” according to former Treasurer Josh Frydenberg.

On misuse of taxpayer funds:

Andrews was accused by Victoria’s Independent Broad-based Anti-Corruption Commission of upholding an “unethical” faction system and “extensive misconduct”, misusing taxpayer-funded staff for political gain, and creating “perceptions of a conflict of interest”.

He even treated all Victorian politicians to a 2.75 per cent pay rise while the state’s businesses go under after years of lockdowns and mismanagement.

Do you need us to go on?

His time is up, vote him out, Mulgrave!